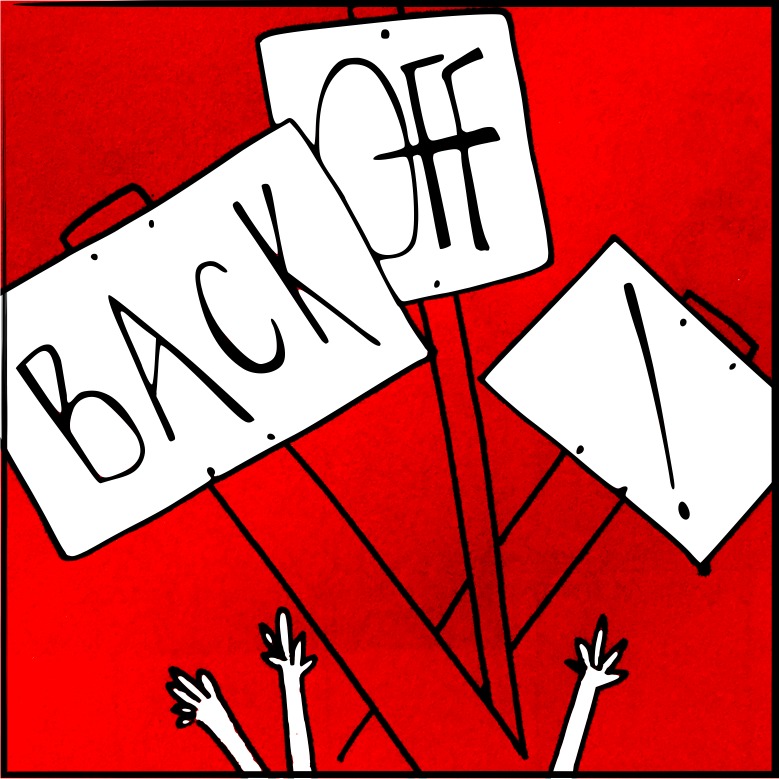 Walking into an Abortion Clinic

Walking into an Abortion clinic:

Why Clinic Protests need to end

In 1967 it became legal for women to have abortions in the UK without going to jail for their decision. Still, our right to choice is at risk of being erased all over the world today.

Having an abortion completely changed my relationship with my body. Anti-Choice websites argue that those who campaign for the right to choose are guilty of ignoring the ‘scientific marvel’ of reproduction. Women do not have abortions because they are ignorant of the law of biology that is occurring in their own bodies.

Immediately after discovering I was pregnant, I experienced first-hand how incredibly special and beautiful biology truly is. I recognised my body to be a strong engineer I had often taken for granted, recognised its insane capacity to nurture and evolve. This feeling was really hard to reconcile with my realisation that I was not properly capable of being a mother at that time. I initially went into a kind of temporary hibernation but it was completely the right decision that I made.

No one should feel the need to justify their own abortion. I intend to live my own life before bringing up someone else. My own identity, should never be defined by that decision.

It is for this reason that I choose to use my own experience of termination to argue that legislation must be put in place, to ensure women access to NHS funded treatment centres in confidence, without inference or harassment.

On the day I walked up to the door of the clinic, there were anti-abortion protesters on the pavement praying loudly for my sins to be forgiven. I could see them on the street from the waiting room. I could hear them inside. I felt like a murderer on trial. As I left, there was a man handing out leaflets with pictures of the various stages of gestation by the front door. It contained misleading and sensationalist information to deter women from seeking treatment. There were large bloody pictures of dismembered foetuses emblazoned on banners. He followed me with his eyes until I turned the corner.

With the enforcement of buffer zones, stopping Clinic Protests from occurring directly outside an abortion clinic, women would be able to access their rightful position of choice without enduring shame. This would align UK Legislation with France and Canada meaning that women could enter clinics without being approached by anti-choice activism.

In September 2018, Home Secretary Sajid Javid rejected calls for buffer zones outside abortion clinics. He claimed there was evidence of harassment at only 36 out of 363 hospitals and clinics in England and Wales and therefore buffer zones weren’t needed. This decision desperately needs to be reconsidered. Not only should women’s rights over their own bodies be upheld, but no one should face intimidation or interference accessing a clinic. In April 2019, Ealing Council took control and imposed a Public Spaces Protection Order outside a Marie Stopes clinic that prevents protesting taking place within 100m of patients. In support, the constituency Labour MP Rupa Huq called it “a national problem that requires a national solution”.

People outside abortion clinics are not aware of the individual circumstances of those seeking medical treatment. When choosing an abortion, a person may feel a great distance between themselves and those they are closest to; this gap does not need to be widened by the intimidation waiting for them directly outside.

Sometimes protesters wear cameras or use tripods.  In November 2014, journalist and activist Sunny Hundal captured a pregnant woman questioning the actions of protestors outside an abortion clinic. They were wearing Gopro cameras on their chests. They insisted that they were only using cameras outside the clinic to ensure that no one could accuse them of harassment rather than to film patients entering the clinic. Either way, filming people who have come to their own decision and are exercising a private choice is a clear invasion of privacy.

Anti Choice campaigners have argued that suggestions they are guilty of harassment is a “misogynistic” claim as it implies that women are inherently too “weak” to deal with being properly “informed about abortion”. This kind of defence argument in favour of the protesting over bodily autonomy is blatant misogyny, originating from both the idea that a woman is not bright enough to understand abortion and a backward bracket of sexual ethics that believes women need to be controlled.

Limiting this kind of interference is not a restriction on freedom of expression but a conservation of human rights.

There are many more appropriate locations and ways to express your views on abortion. The

appropriate location is definitely not next to the entrance to a clinic. Women should never be pestered to account for an intensely personal decision to choose, or to deliver, a termination.

Walking into an abortion clinic, women are not representing anyone but themselves.

Statistically, one in three women will terminate a pregnancy in their lifetime. We should continue to fight for society to allow women to feel secure and confident to own their own bodies and their own lives, and to access a safe termination in peace. Abortion clinics and the immediate physical space around them should always be safe and sacrosanct, allowing women, some of whom may be vulnerable, to feel confident and supported as they press the buzzer and go inside.

My body. My Choice.

HOW YOU CAN HELP

If you want to help make a change, join the Back off campaign – an organisation which was set up by BPAS and supported by other high profile groups such as Mumsnet and The Royal College of Gynecologists and Obstetricians which calls for an end to harassment outside abortion clinics through the enforcing of Buffer Zones. They will send you a template letter which you can edit accordingly and send to your MP to put pressure on passing this crucial legislation.

Sister Supporter, set up by local residents in Ealing, work to end the harassment of women outside abortion clinics. Their activism has secured a harassment-free ‘Safe Zone’ outside a Marie Stopes clinic in Ealing, and they continue to push forward throughout the rest of the UK. #NowforNI

There may already be local resident groups campaigning in your area, these are – Lewisham, Southwark, Bournemouth, Camden, Islington, Lambeth – to name a few. You can start your own by following the advice on their website.