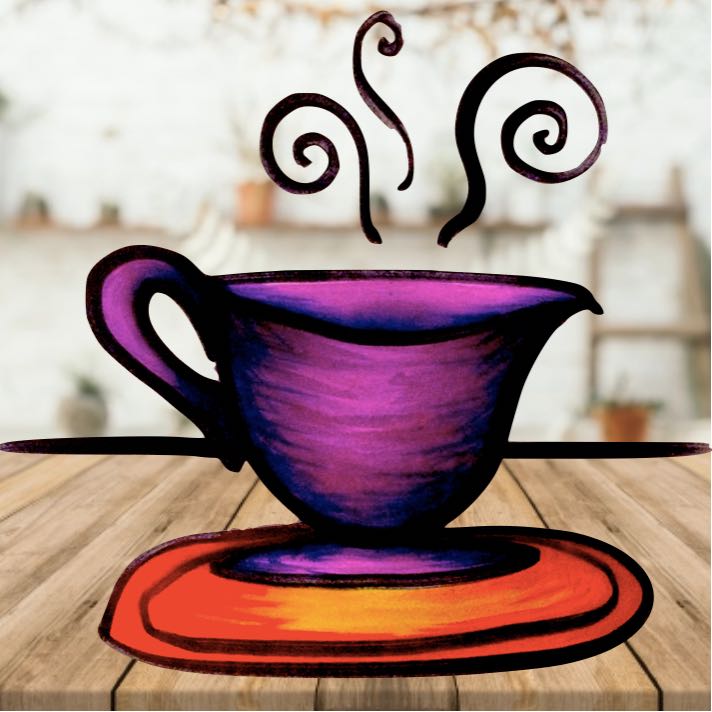 tea tensions are boiling up

How divisive can tea be? Surely not at all— tea brings strangers together, it smoothes out tensions. Tea is our best shot at world peace!

No no no, tea is treacherous. Get talking about tea and you will very quickly find yourself in hot water. When should you add the milk? What is optimum brewing temperature? What even is tea?

This is a manual to some of the most divisive tea controversies. Tread with care through the minefield plantation.

Tea is only actually tea if it comes from the one and only Camellia Sinensis plant. Whether tea is white, yellow, green, oolong, black or post-fermented (these are your 6 types), the only thing that distinguishes it is how the leaves are treated. White tea, for example, has the shortest oxidation process, black tea the longest. So herbal teas are not in fact teas at all because they are not made from Camellia Sinensis leaves. They are imposters. They are tisanes.

Darjeeling to tea is what champagne is to sparkling wine. Officially, Darjeeling must be grown in the Darjeeling region of Indian Bengal. So 75% of Darjeeling brands are FAKES.

There is no such thing as caffeine-free tea. Tea is inherently caffeinated because it all comes from that one plant we talked about (I can’t be bothered to scroll up and retype the name. Jokes, I’m obviously a tea guru who knows her shit about tea it’s the Camellia Sinensis). People believe you can decaffeinate tea leaves by rinsing or re-steeping them, but while this reduces caffeine it cannot fully eradicate it.

Non-caffeinated herbal teas are, as discussed, not teas.

Weight-for-weight, tea actually has more caffeine than coffee, but you use less tea in a cup than coffee in a cup so consequently get a smaller dosage.

As well as caffeine, tea contains a stimulant called Theanine. Theanine has a very interesting effect on the brain, helping to induce meditative states by relaxing without causing sleepiness. Tea’s mystical de-stressing powers therefore have some science to them.

If you are in Asia and want what Westerners call ‘chai tea’ (i.e. tea spiced with cinnamon, cardamom, vanilla…), do not ask for ‘chai tea’ as ‘chai’ means ‘tea’ in many Asian languages and you will therefore be asking for ‘tea tea’. You want ‘masala chai’.

“I am in no way interested in immortality, but only in the taste of tea.” – Lu T’ung

What I can vouch for is that putting tea bags on your eyes makes them less puffy. And apparently also soothes shaving wounds.

“I would rather have a cup of tea than sex.” – Boy George

Unsurprisingly, research also claims that tea’s relaxing effects improve your sex life. But perhaps that only checks out if you adopt marriage therapist Andrew G. Marshall’s advice to halt sex halfway through, have a nice chat and cuppatea with your partner, then resume sex, thereby extending it beyond the bog-standard 15 minutes.

Alternatively, Ashwagandha tea is regarded as a stimulant to virility, while pouring a teapot from really really high to create a frothy surface is regarded in Morocco as a sign of great manliness.

You may think the obvious answer is no, but teabagophobics and hygrothermophobics would disagree.

Does tea have cosmic meaning?

Again, before you jump in with your mainstream ‘no’, allow me to call to your attention a cult in Malaysia who worships a giant teapot. It symbolises ‘the healing purity of water’.

“If man has no tea in him, he is incapable of understanding truth and beauty.” – Japanese Proverb

I imagine you’re aware of the ultra-scandal about plastic seals being used in supposedly ‘biodegradable’ teabags: this devoted blogger updates us on who is culpable. I’ll summarise: most brands are ‘working on it’.

What winds me up much more are the absurd little teabag pockets that encase every single teabag within a box of teabags? At least plastic seals serve a purpose that doesn’t sound like superfluous bullshit (‘freshness’/‘hygiene’). It’s luxury branding, because oh the luxury of having to unwrap each individual teabag. Which means it’s also typically the fashionable post-yoga ‘vegan’-type brands like Pukka that do this. Why does it not occur to them that sustainability is akin to their branding?

I’ve always been a humanitarian over an environmentalist (sorry), so will also admonish that when teabags are individually wrapped, profit tends to get diverted from countries of export and concentrated in wealthier economies. Loose tea generally ensures that a greater portion of the price you pay goes to the producers.

Should you reboil water?

Not legally. According to tea law you must always use fresh water. Once boiled, water loses its oxygen and apparently starts to tastes flat (though if still water can taste flat it’s too sophisticated for my palette). Boiling also condenses the minerals in water which then rise as the water cools and create a film on the surface (limescale-ing your kettle).

Should you boil water at all?

Prepare to have your entire worldview shattered: NO, you should not boil water to make tea. Most tea primes between 65 and 80 degrees Celsius, while higher temperatures can destroy flavour and aroma. Pick up your kettle just as it starts to vibrate.

Should you reuse tea?

It is perfectly acceptable to reuse tea leaves and bags. Some, like oolong, actually improve in flavour. By this reasoning I justify buying more expensive, fancy-flavoured teas and reusing them until practically biodegraded (all except for that plastic seal). Note: caffeine content will reduce each time.

Yes, but cheat away. For those of us who must use tea bags, we should however be sticking to teabags without any tags, strings or outer wrappings (which, ironically, all the fancy brands have).

“Christopher Robin was home by this time, because it was in the afternoon, and he was so glad to see them that they stayed there until very nearly tea-time, and then they had a Very Nearly tea, which is one you forget about afterwards, and hurried on to Pooh Corner, so as to see Eeyore before it was too late to have a Proper Tea with Owl.” — A. A. Milne, The House at Pooh Corner

Lid on or off?

Teapot lid comes off for brewing to allow the leaves maximum oxidation.

Thou shalt never squash the teabag against the side of thy cup, lest thou release tannins and make thy tea bitter.

Thou shalt not leave thy teaspoon in the teacup thou shalt put it on the saucer.

Thou shalt not crook thy pinkie – that habit went out of fashion with the Victorians.

There is a highly controversial and also fatuous debate about whether or not milk should be added before or after water. ‘Science’ says milk first: adding milk to boiling water heats it unevenly, denaturing the proteins which clump and form a skin. However, it isn’t clear to me why ‘denaturing’ is necessarily unfavourable: we ‘denature’ mushrooms when we sauté them in tonnes of butter and that radically improves their taste.

At the end of the day, taste is subjective so the ‘correct’ method is whichever method you like best. The only thing of real interest here is that people actually debate this stuff (read the comments section of tea blogs if you don’t believe me… and also have mind-numbingly excessive bouts of free time. Which I do not).