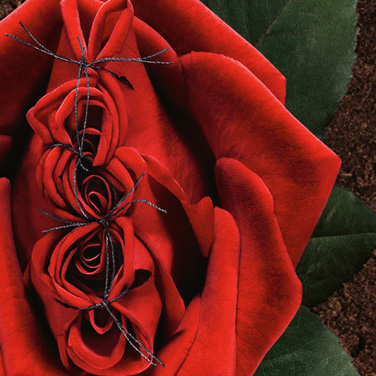 The UK vs. FGM

The UK vs. FGM

A MATTER FOR EVERYONE

For those unaware, FGM stands for Female Genital Mutilation .

Commonly dubbed “female circumcision”, it is inflicted upon young girls in select cultures that originate from Africa, the Middle East and Southeast Asia. Today, there are 200 million survivors in over 29 countries.

In the UK, the number of survivors is 137,000. FGM is a crime under UK law, but there has only every been one conviction. The mother of a three-year-old girl will be sentenced on Friday, and faces up to 14 years in prison.

A bill is being debated in Parliament today with Conservative MP Zac Goldsmith as its sponsor. It would enable courts to intervene on behalf of girls before, not after, abuse has occurred, with hopes of improving this very low rate of protection.

During the bill’s Second Reading, however, a shout of ‘Object!’ rang through the Commons. It came from Conservative MP for Christchurch, Christopher Chope.

Chope’s ‘Object!’ is a familiar one. It barricaded a bill to pardon Alan Turing (the WWII decoder criminalised, chemically castrated and debatably killed for being gay), the 2008 Climate Change Act, and – a source of recent controversy – last year’s Upskirting Bill.

“He’s got a pretty grim record in terms of blocking uncontentious obvious no-brainer initiatives that Parliament should be dealing with,” Zac Goldsmith said in an interview with People Who Do Things.

Chope argued his objection has nothing to do with the contents of the Bill, so much as the fact it is a Private Members Bill (PMB), meaning it faces one less layer of debate than government legislation.

“He is a hypocrite,” said Goldsmith. “He tables endless PMBs in his own name and usually waves through bills in the name of his friends.”

In the wake of his objection to the Upskirting Bill, Chope lodged 32 PMBs of his own, addressing issues such as stamp duty, vegetable classifications and the habitats bats are kept in.

“By objecting, he’s not facilitating further debate on the issue, he’s shutting it down.”

The funny thing is, Chope may have done the bill a favour.

Very few PMBs make it through to law. In this case, Chope’s provocative objection cleared a space for activists like FGM survivor Nimco Ali to charge onto the media and make a powerful case for legislation. The government had no choice but to give the Bill proper time. That is why it’s being debated today. And if things go smoothly, it will take a much faster route to law than it could ever have done without Chope’s help.

THE PITFALLS OF PARLIAMENT

While satisfying, this signals cause for concern. For every case the media latches onto, there are vastly more slipping through unnoticed. With assassins like Chope around, how many worthy causes never see the light of day?

“Parliament is a place of rather strange procedures and customs that I don’t think anyone fully understands,” said Goldsmith. “It’s basically lottery.”

PMBs are randomly balloted and, typically, only the top three or four have any chance of becoming law. There’s no logical selection process determining the order: a completely absurd Bill could place number one, with vitally important ones failing to break the top 20.

And apparently, unless an amendment has captured the public imagination, most MPs don’t even look at it.

“People rely on their whips to tell them how to vote, and when they do they have no idea what they’ve just voted on.”

THE POWER OF PRESSURE

There’s a lesson here. This Bill is only getting airtime in Parliament because of public pressure. If it had been left down to parliamentary proceedings, this, like so many other meaningful bills, would never have seen the light of day. So the moral of the story by my reading is that if you care about something you have to take interest in it politically.

Express yourself: online, in conversation, to your MP. Have confidence in the knowledge that public noise gets heard in democracy; the trending can be the tangible. Let this be a lesson to be loud.

She is fighting a scary battle. She faces backlash, violent and often. “That’s really hard when you also have to deal with your family not supporting you, on top of your own personal trauma,” she said. Vocal popular support helps.

She told me people have publicly offered to kill her for £500. She once got beaten off a bus with a kick in the chest. “2012 to 2014 was just horrible— real hell. I was driven by a guilt. I didn’t have any positive expectations that we were going to end FGM, just the fear that if I stopped fighting… what would happen to those girls? But now I see the incredible women in Africa, whose shoulders I stand on, and realise the shit I have to deal with is minor in comparison.”

Show her you are with her and join the #EndFGM campaign.

An oft-cited excuse for disengagement is that FGM should be handled with cultural sensitivity, but there is nothing racist about condemning FGM. Quite the opposite.

The nonexistent conviction rate for FGM reveals a disturbing passiveness towards the protection of girls from certain communities. FGM is tackled far less aggressively than other forms of child abuse that are not largely confined to non-white migrant communities.

Integrate is one of the core UK charities fighting this crime. “We label it as a cultural practice, and labelling it as a cultural practice makes it seem like something other, something that just happens ‘over there’. People don’t want to offend so they don’t talk about it, which is problematic because ultimately it is child abuse,” said a spokesperson. There are fantastic educational resources available on their website.

Whether or not FGM is a cultural issue, it is doubtless a human one. All voices have a place in decrying the cutting of children. In this case, silence is particularly harmful because of the firm grip stigma holds.

As Ali says, “it’s not just about FGM, it’s about all gender-based violence. It’s very much hidden. Listening to women’s experiences of sexual violence is overwhelming, and when it comes to Female Genital Mutilation, the whole thing is just so weird that people back away. They want to deal with something they can understand.”

Stigma means parliamentary action can only go so far.

Detective Chief Inspector Leanne Cooper fights a committed battle against FGM. She tells me “it won’t be enough. There needs to be wholesale change: more knowledge, exposure and awareness of the issue. Legal reform is important but it’s only a step along the way.” You can witness the difficulties she faced in a Bristol case in this Channel 4 documentary.

The fact is that while FGM is not legal, it is still custom in many communities. Many mothers believe they are acting in their daughter’s interest in having them cut. They were subjected themselves, like every other woman in their family. It isn’t enough to criminalise them, they need to be given support. Professionals should be educating women from these communities, which aren’t hard to identify. Often they are unaware that it is classified mutilation, that they are themselves victims of abuse, and that their daughters can be part of their culture without having to suffer. But Nimco Ali says many professionals – doctors and teachers – dismissed her when she was younger, unwilling to address the unfamiliar. It is so cloaked and tabooed that even professionals don’t broach it.

This is a community mission to get talking. Talk sensitively; remember it’s a discussion that often objectifies or traumatises. But talk all the same.

Christopher Chope did not respond at the time of this article, but his perspective can be read in a Telegraph account here.

“Fear difference, you learn nothing”
[yuzo_related]