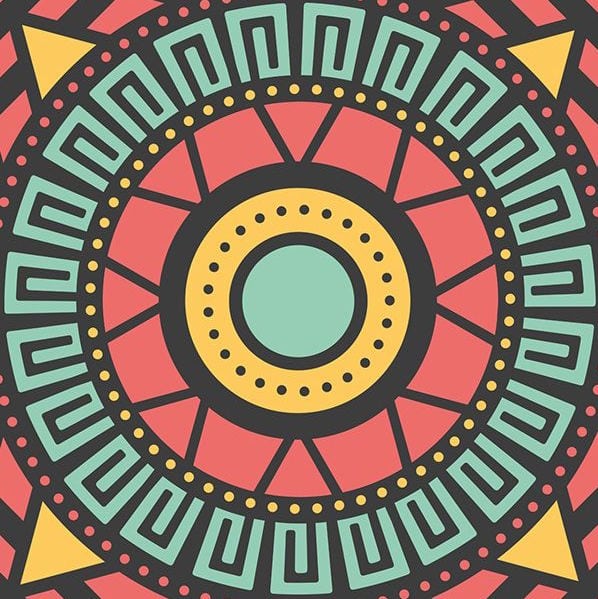 The Story of History

THE STORY OF HISTORY

WHY DO WE TELL STORIES?

Storytellers have never been mere entertainers. Once they were revered as the wisest teachers because their memories were the whole clan’s library. Cave stories about predatory creatures kept us on our toes; as thought and language evolved into the abstract, stories were used to make sense of the world (thunder made for great mythology, from gigantic Native American birds to hammer-wielding Hemsworths); then to coordinate as groups with identities, loyalties, and moral codes. Over ages, stories turned humanity into the world’s most powerful species. Knowledge could now be passed on and built on over generations and across the globe. Before stories, everything learned in a life could only be passed to the next generation genetically. It wasn’t very efficient.

In the earliest societies, people were held together by kinship and neighbourly bonds, but as societies started to grow we began to need stories to remind us why we should fear some strangers less than others. The Old Testament books of Genesis and Exodus contain the founding myth for the community of Israel; probably history’s most powerful ever. Amid tales of cunning snakes and giants stalking the land, are stories of a chosen people journeying through exile to a land ‘flowing with milk and honey’. The Torah’s diaspora stories have enabled a remarkably unitary identity for a community that has been diffused for centuries. Today, Zionism argues that the land of Israel is finally being restored to the Jewish people, staking a territorial claim so ancient it is unprecedented in history (and predictably, a total mess).

This kind of ‘imagined community’ is so important that if you want to apply for asylum in the UK, you have to pass an exam. You might have to know when Windsor Castle was built, or what day we (who exactly?) celebrate St. George’s Day, or which classical music concert takes place in the summer, or which two British actors just won Oscars. See if you’re British enough at https://lifeintheuktests.co.uk/life-in-the-uk-test/: passmark 18, otherwise just deport yourself.

As well as identities, we need law-abiding citizens. Stories about interventionist gods and righteous afterlives have enabled us to coordinate in larger and more complex groups than any species ever. Modern ‘secular’ fantasies now keep us in check, innate human rights like ‘liberty’ and ‘equality’, capitalist and communist ideologies that guide idiosyncratic lawmaking. Even to grown-ups, a story with no moral leaves that funny, unsatisfied sensation of a Woody Allen. Christened ‘Mathilda’, I was teased eternally— I must not tell the dreadful lies of Belloc’s most mischievous child, else one day when I bellow ‘FIRE’ I’ll just be met by ‘shush, you liar’, and join the boy who dared cry wolf (and that funny-moustached man Adolf), as just another naughty child, who died and is by all reviled. Oh, the twisted obituary of kids that didn’t toe the line.

The other magic ingredient: hierarchy. People believe that weapons are the key to power. They’re wrong, stories are. Stories of divine rule to immortalise monarchs; stories of glorious conquests to sugarcoat massacres; stories of male strength to inculcate female insecurity. A personal favourite is The Great Hymen Myth. It tells of this mystical creature called ‘woman’, made with a built-in virginity detector, a sort of freshness-seal that ‘pops’ after first use as a warning to latecomers that she’s past her best-before date. First-time sex is therefore ‘supposed to hurt’ woman. The mythicised hymen is so much more interesting than the real-life hymen, which doesn’t necessarily break during sex (many sexually active women have intact hymens), or might break from something completely unrelated to sex. As a physical state, virginity doesn’t exist. But the myth is so widely loved that popular crime series like CSI adopt sophisticated plot-twists like, ‘but she can’t have been raped, she has an intact hymen!’, and in some parts of the world you must show government officials that your hymen is intact if you want access to jobs or to ever make rape accusations. How creative we are!

THE GREATEST STORY OF ALL: hiSTORY

As a once-very-keen history student I promise you something: all history ever is is a bunch of stories, conflicting stories. Historians are more like editors, compiling chapters that, like every story, follow a strict structure. They look for patterns to make sense of the world (like ‘the inevitable rise of democracy’), or legitimacy for a certain identity (why does every English person know the date 1066? Because it was the last time a foreigner successfully invaded our land). They isolate lessons we can pretend to learn from (‘we’ll never turn a blind eye like the citizens of Nazi Germany’), and cherry-pick evidence that today’s social hierarchy not only makes sense but is better than ever (‘our aristocracy used to have even fewer people of colour!’).

The biggest library in the world is the library of lost truth. It contains the story of how America was discovered lifetimes before Columbus (who basically did nothing but bounce around the Caribbean slaughtering people and then die thinking he’d made it to India). Over the next 100 years, half of the world’s languages will be added to its shelves.

A much smaller library is the archive of history, a fascinating compilation of fictions. The Emperor Augustus published Virgil’s Aeneid, even though Virgil, on his deathbed, asked his friends to burn it. Why? He wanted a poem to challenge Greece’s Odyssey and Iliad, to give Rome a say in history too. That’s how history works. Greece and Rome wrote down the most epic stories, so their histories dominate our imaginations and curricula.

But where does that leave the stories of people who never learned to write? The poor, the women, denied education? Or what about the cultures that simply didn’t value literacy? That told their stories orally, around fires at clan gatherings? Stories told in languages that were violently erased (taking entire cognitive universes with them that conquerors would never have the privilege of knowing). Their achievements were plagiarised in a foreign telling of history that was forced into their own schools, to continue to disempower colonial children whose ancestral stories were never told, whose agency never acknowledged.

Introducing the need for revisionist history (also the title of a brilliant podcast, which is my first recommendation)!

Sidenote— to claim that I am ‘introducing the need for revisionist history’ will be laughable to history students who are literally told everything they learn is revisionist. But the progress our universities claim to pioneer is basically mostly bullshit in my experience. Everything from course guides to student demographic is still absurdly biased (while pathetic excuses for ‘gradual change’ are entertained). For my undergrad, I spent two compulsory terms on the British 18th century, an excruciating length of time for a topic that didn’t require any preliminary cultural research, since I’d grown up there and everything. I was finally allowed one eight-week term on ‘World History’. I did centuries of China in a week, the colonisation of America in another; then the colonisation of India, then how colonisation interacted with Islam, then how the Byzantine Empire fell to the West… you get the picture.

If you’re a student, decolonise your own curriculum by reading papers and novels from atypical authors, because your reading list is probably not sufficiently varied no matter the token ‘minorities’ that made it on there. Refer directly to revisionist societies (like this academic blog: https://decolonization.wordpress.com/about/).

For casual readers, diversify! Here’s the challenge: the next 3 books you read must be written by someone of a different race, continent or class to you. (Same goes for your comics / movies / records— whatever your downtime).

We all know that every story has a thousand versions. Pledges to ‘objectivity’ are frankly ridiculous because nobody has ever experienced anything other than subjectively; our worldview is shaped by what we’re exposed to. It’s true for historians, it’s true for news reporters.

More stories from the other side: CARDBOARD CITIZENS’ CATHY and HBO’S GIANNI VERSACE

The Story of Shams
[yuzo_related]