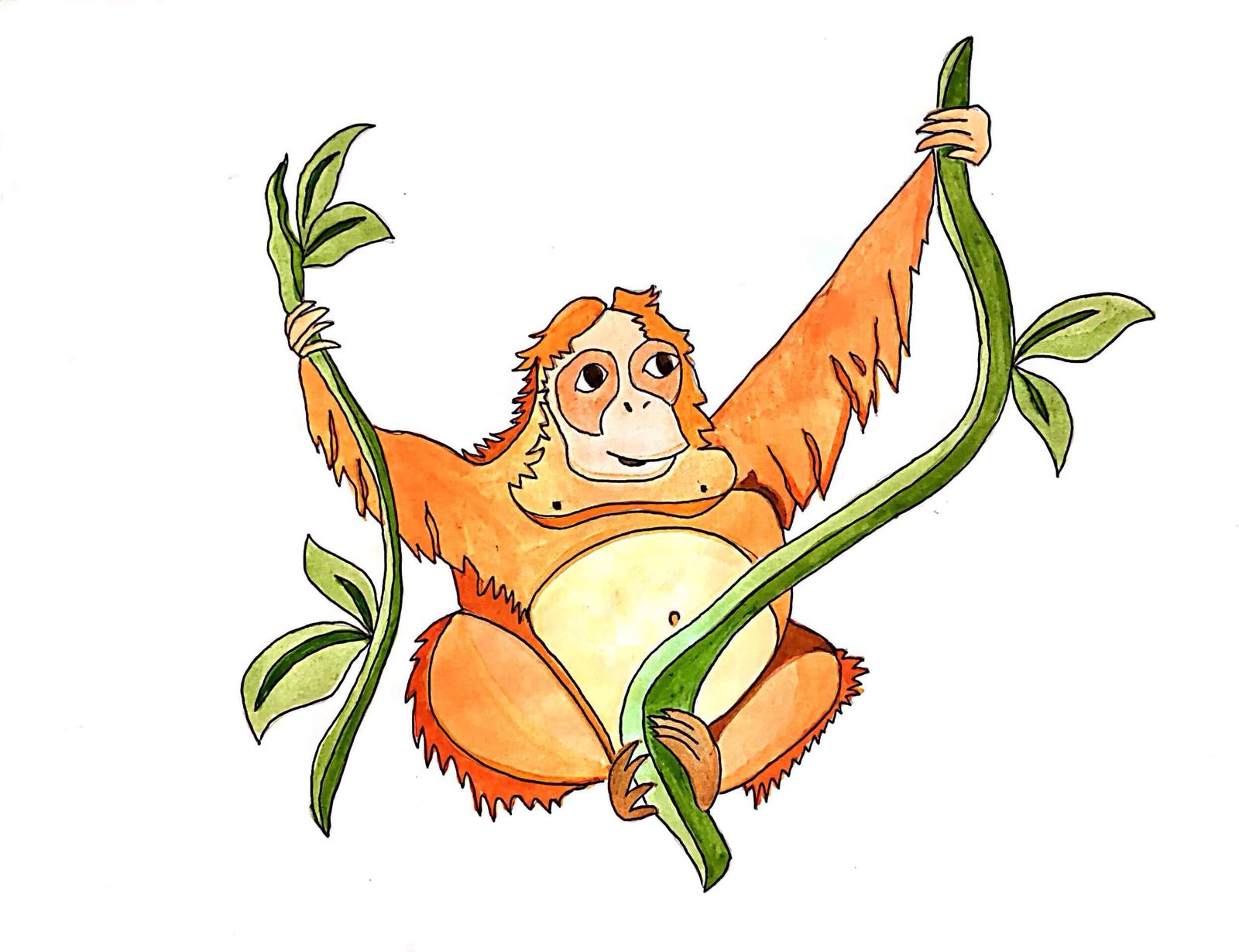 The Lost Person of the Forest

The Plight of the Orangutan

We’ve all heard in passing of the plight of the orangutan. It seems distant, far away from our homes and lives; most of us have never seen the creatures in the flesh, let alone in their natural habitat. The habitat that is so forcefully and unapologetically being destroyed with each passing day.

In Indonesian orang means “person” and utan is derived from hutan, which means “forest”. Orangutan literally means “person of the forest.” Orangutans currently only live in Borneo and Sumatra, with all three of the orangutan species critically endangered (the Bornean, Sumatran and Tapanuli orangutans). Since 1993, the worldwide population of orangutans has shrunk by 50%. And, humans are largely to blame. We are the ones devastating their habitat to cultivate palm oil. We are the ones poaching. We are the ones scavenging their families for the illegal pet trade.

“As orangutans are hunted and pushed out of their habitats, losses to this slow-breeding species are enormous and will be extremely difficult to reverse.”

An article here and there urges us to support one of these majestic animals. Yet, Deya WN’s documentary ‘The Lost Person of the Forest’  goes beyond urging us just to support. It tells us a story of beauty, friendship and love in an unlikely place – the Bornean rainforest.

This is Gendut, upon whom the documentary is based, following the aftermath of his disappearance and one man’s desperate struggle to keep his memory alive. Set in Tanjung Puting in Borneo, a worker from Orangutan Foundation International, Isa, risks 2000 days of danger to develop a relationship between the “orang” and the “orangutan”. His relationship with Gendut is like no other.

Gendut’s story, from resident giant to lost and at risk is unique. He defied typical orangutan behaviour. Orangutans are wild; they tend to steer clear of human contact. Gendut, on the other hand, relished it. Isa tended to Gendut’s wounds, fed him, sometimes even washed him. Their inimitable friendship serves as a reminder that we are not so different – we even share 97% of the same DNA. But Gendut fled the forest, searching for what we don’t know. His home is at risk. If he chooses to return, there may no longer be a sustainable life for him.

In 2016 the Bornean Orangutan was officially listed as critically endangered, joining the Sumatran Orangutan. This fact is painfully apparent in the story that Deya WN tells. WWF has predicted 10 years until the permanent extinction of orangutans in the wild. Because of the rise in deforestation and hunting, orangutans will soon become only visible from behind bars in zoos.

The work done by the Orangutan Foundation International and its founder, Dr Galdikas, is paramount to the conservation of this critically endangered species and their rapidly diminishing habitat. Their mission is to support the conservation, protection and understanding of orangutans and their rainforest habitat. They purchase forested land in an effort to protect against deforestation; saving the resident wildlife in the process. Whilst their work is essential, the larger problem remains – the continual and increasing production of Palm-Oil.

Palm-Oil is a tree oil used in cooking, cosmetics and biofuel around the globe. It is in our moisturiser and our stoves, in ice-creams and in crisps, in our shampoos and our deodorant. It is in almost every ‘snack’ aisle and cupboard in the Western World. Indonesia and Malaysia make up over 85% of the global supply, but 42 other countries around the world also produce Palm-Oil.

Palm-Oil globally supplies 35% of all vegetable oil demand on just 10% on the land. Alternatives would supply less with more land. The versatility of palm-oil also means it can be used in almost any product – including Pepsi, Colgate, Kelloggs and L’Oreal.

So why is it bad?

Typically, to farm and produce palm-oil, plantations must be created in areas largely dominated by pre-existing rainforests and peatlands. These, in turn, must be destroyed and the plantations created. Palm-Oil plantations “replace tropical forests, killing endangered species, uprooting local communities, and contributing to the release of climate-warming gases” (The Orangutan Project). Those that are displaced starve to death, die in fires, or are killed by plantation workers as agricultural pests. And it is not just the orangutans who suffer, the Sumatran Rhino and the Sumatran Elephant also teeter near the brink of extinction.

“If the current destruction of the rainforest continues, then I have absolutely no hope that any orangutans will remain in the wild.”

We live in a culture with a need for more. There is always something better; a speedier phone, a faster get-fit-quick pill, a bigger house. But with this ever-present demand for more, comes loss. Especially in the irresponsible production of Palm-Oil. Plantations in Indonesia and Malaysia use child labour and modern-day slavery to manufacture these products quicker and cheaper. WWF says that since 1998, the Orangutan population in Sumatra has been declining by 1,000 a year.

And it is not just a localised issue. With each rainforest cleared for new plantations, carbon pollution is released, adding to widespread human-induced climate change. These plantations also “support very low levels of biodiversity”, meaning the wildlife and nature once found in those extinguished rainforests must either move or expire. In just 25 years, more than a quarter of Indonesia’s forests – 76 million acres, an area almost the size of Germany – have disappeared. The destruction of these rainforests causes more global warming than all of the transport in the world combined. So, as far away as you may think Borneo and Sumatra are, the effect is worldwide. It is actually happening in our backyard.

The thing is, Palm-Oil can be sourced responsibly, without the devastation to peatlands, rainforests and their endangered species’ habitats. The Roundtable on Sustainable Palm Oil (RSPO) attempts to enforce this but to meagre avail. Greenpeace’s report ‘Certifying Destruction’ lists the RSPO’s faults; including their lacklustre limits on GHG emissions and low supply chain traceability. Solutions hail for RSPO to follow-through on their standards to ban peatland development and rainforest clearance. In the meantime, there is a global trend towards searching for sustainable palm-oil, but commitment by global companies is still lacking. WWF’s Palm-Oil scorecard rates the world’s largest companies, their commitment and their follow-through. Dunkin’ Donuts scores a meagre 1/9, whereas Boots, IKEA and McDonalds lead the global front with scores of 9/9.

“Immediate action is needed to reform industries that have pushed orangutans to the brink of extinction. Consumers can make a difference through only supporting brands and retailers that buy sustainable palm oil.”

Last year, Greenpeace International released a controversial video, ‘Rang-tan: the story of dirty Palm-Oil’. Banned from UK television for being “too political’, the film’s reception showed that perhaps humanity is not quite ready to admit its own part in the plight of the orangutan, and the mass deforestation that occurs with it. When, in fact, these videos are exactly the type of mass media we should be engaging with.