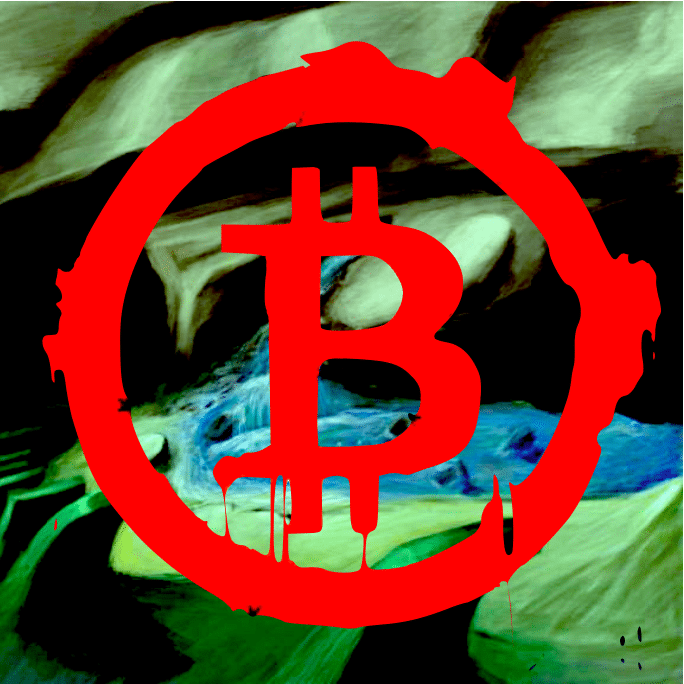 The High Price of Bitcoin

The High Price of Bitcoin

Unless you have been living under a rock, it is highly likely you will have heard of bitcoin. Maybe you’ve picked up an article on The Silk Road, a popular website onwhich users can anonymously purchase a vast array of illegal drugs, pornography and other illicit items using bitcoin. You may have read about how the currency’s skyrocketing value has turned the Winklevoss twins into billionaires or seen it labelled as the mother of all economic bubbles by some of the most prominent figures in the financial industry. However, despite the media’s fixation with the rise of bitcoin, and the currency’s peaks and troughs in value, few people understand how this digital currency works or the environmental impact associated with its production.

To give a brief overview, bitcoin is a digital currency – a ‘cryptocurrency’ to be specific – that was invented by the unknown Satoshi Nakamoto in the wake of the 2008 economic crisis. It is different from a fiat currency – a state-controlled currency such as the dollar or the pound – in certain key aspects. First, it mirrors the attributes of gold in that it is finite; the total number of bitcoin is capped at 21 million. Like gold, it can be ‘mined’, this is a process of unlocking bitcoins by solving complex mathematical puzzles, which requires a huge amount of computational power.

Bitcoin operates on a technology known as blockchain which records bitcoin transactions and is incredibly secure. A blockchain is a decentralised and public digital ledger which exists in multiple locations and is updated across t

hese locations simultaneously, making it close to impossible to corrupt or manipulate as there is no master copy of this ledger. Since transactions are recorded through blockchain, there is no need for an intermediary such as a bank to facilitate and record transactions as occurs with fiat currencies. This is why bitcoin is known to operate on a peer-to-peer network – bitcoins can be transferred seamlessly and globally from person to person.

While bitcoin has been hailed as a technology which gives ownership to the individual, creating a currency which is not reliant on profit-seeking banks, this freedom comes at a monumental cost to the planet.  The mining process which unlocks bitcoins requires a huge amount of computational power; Bitcoin’s current estimated annual energy consumption is 73.12 TWh, roughly the equivalent of Austria’s whole energy consumption. To put this in context, 30 US households could be powered for 1 day with the amount of energy needed for 1 bitcoin transaction. Or similarly, 1 bitcoin transaction equates to over 400,000 Visa transactions in terms of energy usage. This energy is needed to power the warehouses of ‘mining’ computers as well as the cooling systems which ensure they do not overheat.

Additionally, in order to control supply of the digital currency, the mining process gets harder the more ‘miners’ and computational power involved in the network. This becomes a vicious circle whereby the more power used across the network, the more individuals needed in order to mine bitcoin. This means that the bitcoin network is a growing beast – for as long as it remains economical to mine and bitcoin’s price remains high (currently at £5,000), the race to use the most power to mine bitcoin will continue.

A bigger problem still is that much of the network is fuelled by coal-powered plants in China, thus creating a vast carbon footprint for bitcoin which is estimated at 35,830 kt of CO2 produced annually as of 2018. China’s famously lax environmental policies enable massive mining factories to convert excess coal – which accounts for 60% of China’s electricity and is the cheapest and dirtiest energy source – into cryptocurrency. Over a quarter of bitcoin’s energy consumption originates from China – and essentially from the burning of fossil fuels such as coal, which are in turn contributing to the greenhouse effect, the melting of the ice caps, rising sea levels and a whole array of disastrous effects too numerous to explore here.

Bitcoin has no inherent value but that which we ascribe to it by using and investing in it. Miners will only mine as long as the value of bitcoin surpasses the excessive costs involved in mining it. People worry that it is a ‘bubble economy’ fit to burst, however, the bigger fear should be that its skyrocketing value reflects a trend towards its acceptance. While many, caught up in bitcoin mania, have seen it as a risky investment that may pay off, it is important to realise that there is far more at stake than a quick buck. It is a currency which guzzles energy by design, and for no purpose but to ensure its own scarcity. In a time where climate change is a real and imminent threat to our lifestyles, it seems ludicrous to endorse such a currency.

Read more from Cosima about legal aid cuts or end constructively with these 23 ways to just generally be kinder to the planet!