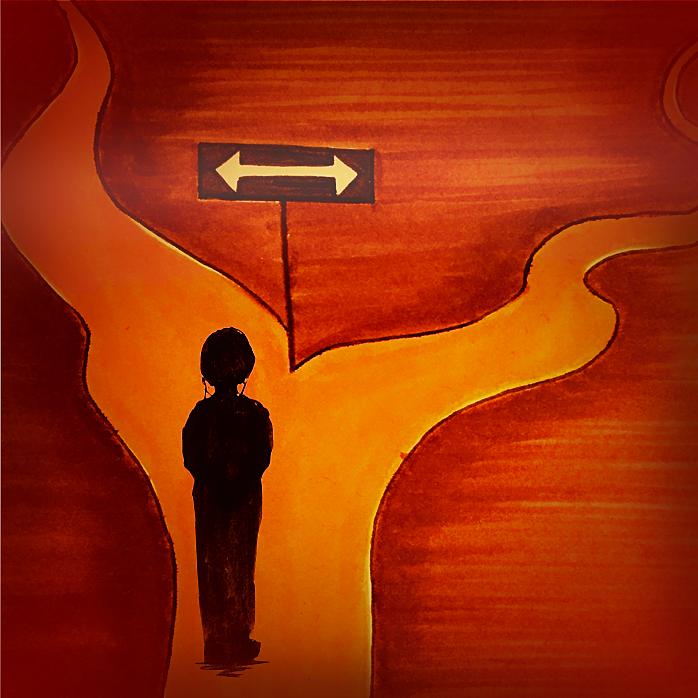 The Best A Man Can Get

I have a small confession to make. I only just watched Gillette’s ‘The Best A Man Can Be’.  After one too many arguments with online Social Justice Warriors, I have an aversion to anything telling me what a man should be.

Are there men who are animals, who harass and bully and act like pricks? Of course, there are. Is that all men? Fuck no. In my twenty-three years on this planet, I have met far more men who are kind, caring and generous. Who would gladly give their left leg for their wives, girlfriends and daughters, and for the stranger on the street. Who call out bullshit and act to stop it.

I was born into a family of immigrants. My parents moved to the UK from North East India in the early nineties, bringing my older brother with them when he was just three. My old man loves to say he came to the UK with just a tenner in his pocket… an average night in London costs me more than that!

I grew up in Scotland – brown and slightly weird (I’m still very much weird). And because of that, I got bullied at school. I did what people tell you to do. I went to my parents. We spoke to the teachers. There were conversations and promises. They were horseshit. Nothing got resolved until I finally wised up and either hit back or stopped associating with the people making my life miserable.

Then we moved to a village near Birmingham, and I was the only Indian kid in school. For the next five years, I got verbal abuse day in, day out. I was picked on for being Scottish. I was picked on for being Indian. The abuse was relentless. This time, I didn’t tell a soul. I wasn’t going to be a snitch and I didn’t want to burden my parents. My parents worked hard, I told myself they didn’t need to hear about my shitty day at school. Anyway, it was my problem, I was a man, I could handle it. Or, so I thought.

After five years of keeping my head down, I was finally free and off to university. I was so happy. But, little did I know, I was going there with a chip the size of Babylon on my shoulder and an insecurity complex that would be the near death of me.

Man, I loved my first year and a half of uni. I was a king. I had mates and I came across as cool. Me? A cool kid? It was insane. But deep down I knew I was a fraud, that this was a front. I drank a lot and I acted like a complete arsehole, trying to hide the fact that I was still scared of who I was and that people would never like me.

It all came to a head after a party one night. I found myself standing on a bridge, looking down into the river, wanting to jump. I wanted it to stop. I didn’t want to pretend anymore. I didn’t want to hurt anymore. I was angry, but instead of jumping, I straightened my shoulders and walked home.

I don’t really remember the rest of university now, and I prefer it that way. All I know is that after that event, I finally reached out and tried to get help.

Men are human, just like women are human. There are men who commit horrific acts in this world, and they should be punished. But the majority of men, I think, are simply trying to do their best in this world.

Gillette cannot tell me what it means to be a man. For years they have actively perpetuated the narrative they now choose to criticise. They seek out controversy ignoring a crucial nuance: that the bad things men do – the bad things society (including Gillette) tells men to be – can harm men as well as women. It is for me to decide what kind of man I want to be.

Society as a whole is slowly making progress. The ManKind Initiative is one of the leading charities helping men, offering a hotline for those struggling with depression or abuse. International Men’s Day exists on 19th November to acknowledge the good men do, and allow men to talk about their troubles without fear of being relentlessly mocked. Lads Need Dads is a great programme teaching young boys and men ways to handle their anger and other ‘negative’ emotions.

Men as a whole must remember that we are not walls, we are not rocks. Sometimes it’s good to talk. There are men who are stoic and that’s fine, so long as we remember that we need outlets. Boxing, guitar playing, music, writing: these are all things I’ve done to help me in the past.

When I was going through hell at school and university, I didn’t think I could tell anyone. I thought that to admit to feeling scared was not what it meant to be a man. I thought it meant I was weak. I was ashamed of that. I wanted to be able to handle it myself, but I couldn’t.

Since that day on the bridge, I’ve gotten better. I’ve realised that talking works for me. It’s helped that my family have been so understanding and patient. It’s helped that I’ve finally got a good group of friends around me, who I know I can talk to and who won’t run away if I say something.

I wish to state that I do not claim to speak for all men, nor do I wish to. This is simply my own thoughts and experience, as a dude growing up in the UK, with a privileged background.

Insane in the Membrane 2

Insane in the Membrane 7
[yuzo_related]