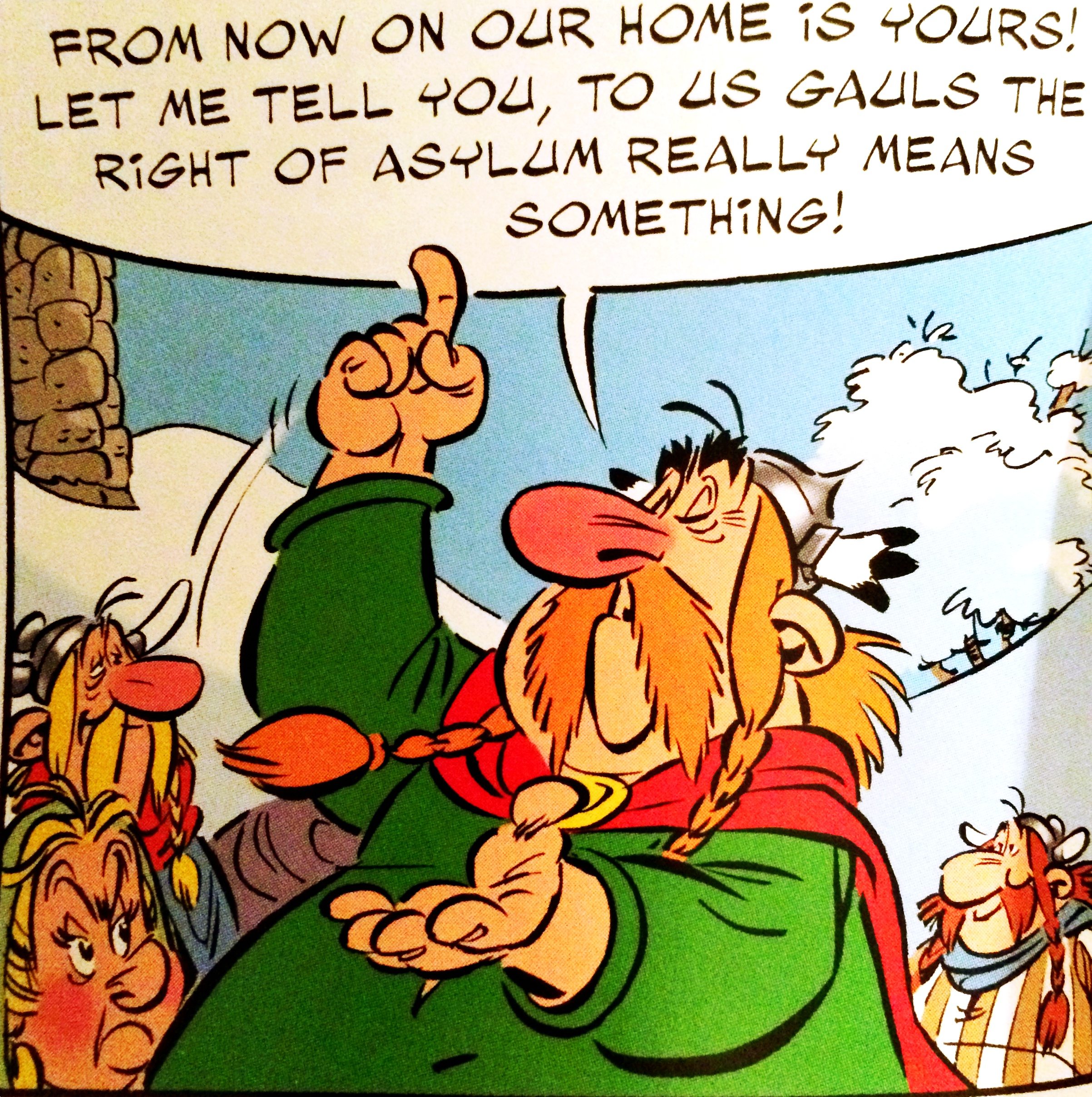 Be Entertained Join a movement

The big, bad bureaucracy that turns refugees into criminals

Since I started working with refugees, I have found it very difficult to attend a social occasion without someone wanting to debate global politics, it really gets exhausting. Sometimes I want to shout, ‘I’m literally giving food to hungry people, not threatening anyone’s worldview!’ But I don’t of course, because I’m not good at resisting debate. I address the arguments and defend the politics and I come home tired and feeling less and less like I can happily dip in and out of London life. ‘Refugee’ is a trigger word. As a refugee worker, I feel that, so imagine being a refugee.

A lot of false stigma fetters refugees, and nothing is more unjust. I spend everyday with refugees who endure the worst of conditions. Everyday they greet me with a smile and a warmth that I have never felt elsewhere. They do so after another cold, wet night outside. ‘Step-by-step,’ they say patiently.

Stigma is a coping mechanism that helps us disassociate from others’ suffering. It’s very human. But it’s also very human to feel solidarity. And that doesn’t have to be a political redflag – whatever the political difficulties of an issue, acknowledging the humanity of everyone involved is a precondition to debate.

So what are these stigmas?

Refugees are criminals and vagrants

Partly as a deterrent, and partly due to a lack of investment where investment is due, the bureaucracy and information availability surrounding the asylum-system is one massive mindfuck.

We stigmatise refugees as criminals and vagrants. The truth is, we force them to become so. Illegal immigration is the logical outcome of a world with a refugee crisis but no functional asylum system.

The basic idea is that this bureaucratic migraine will deter refugees from applying. The flaw in the plan is that those fleeing war and famine are not afraid of a little paperwork. And if they see no legal way to exist, they will proceed illegally. They’ll join Europe’s thriving black markets or live on her concrete streets. To live outside of the law is at least to be alive.

And so our deterrent backfires. In our absence to construct a legal infrastructure for people fleeing peril, an illegal underground is inevitably born. Its overlords are human traffickers, and their subjects are the most vulnerable people on earth, because they have no state protection.

Refugees who do apply for legal status become a drain on state resources because they are denied the right to work and pay tax (or study or travel or open a bank account or own a home or drive a car) for up to a year – a measure taken to prevent them laying roots. So if they can’t be stigmatised for their criminality, they get painted instead as leeches on society.

Right-wing aggravators (looking for a quick-fix explanation to economic problems) shout that refugees steal resources. Once upon a troubled time, banks got bailed out and immigrants got scapegoated. Most research points to the positive impact of immigration on national economies.

And it’s not enough to argue that we don’t have the resources to take in refugees when our current system is wasteful and inefficient. I won’t go into all the details, but with a convoluted bureaucracy that could be streamlined a hundredfold, detention centres and legal barriers that prevent asylum-seekers contributing anything to society, security treaties that throw money at border control with total ignorance of the local dynamics, and aid money carelessly sunk into corrupt authorities (like Libya), it is the system that bears the blame.

The refugees I have met in and out of the UK are so driven to be assets to our society. They crave the acceptance and approval of their neighbours; they work and clean and study so that “people won’t think foreigners are lazy and dirty and stupid”. They need us to reach out.

Many people do in heartwarming ways. City of Sanctuary operates in a number of UK cities, connecting local lodgers to asylum-seekers and refugees. People actually open their houses to total strangers while other community members facilitate the process. Volunteer your space or just your time to build up this eclectic and accepting community. Download Timepeace, an app that enables refugees and locals to meet and share their skills and passions – free, meaningful, local entertainment. One local initiative by Refugeewee welcomes refugees ‘in true Glaswegian stye’ (once upon a time we took pride in hosting): their letter campaign is just one example of how solidarity can fight stigma.

There is a movement, striving towards an integrated society, taking national pride in the concept of providing refuge. Join in.

Back in the Headlines
[yuzo_related]