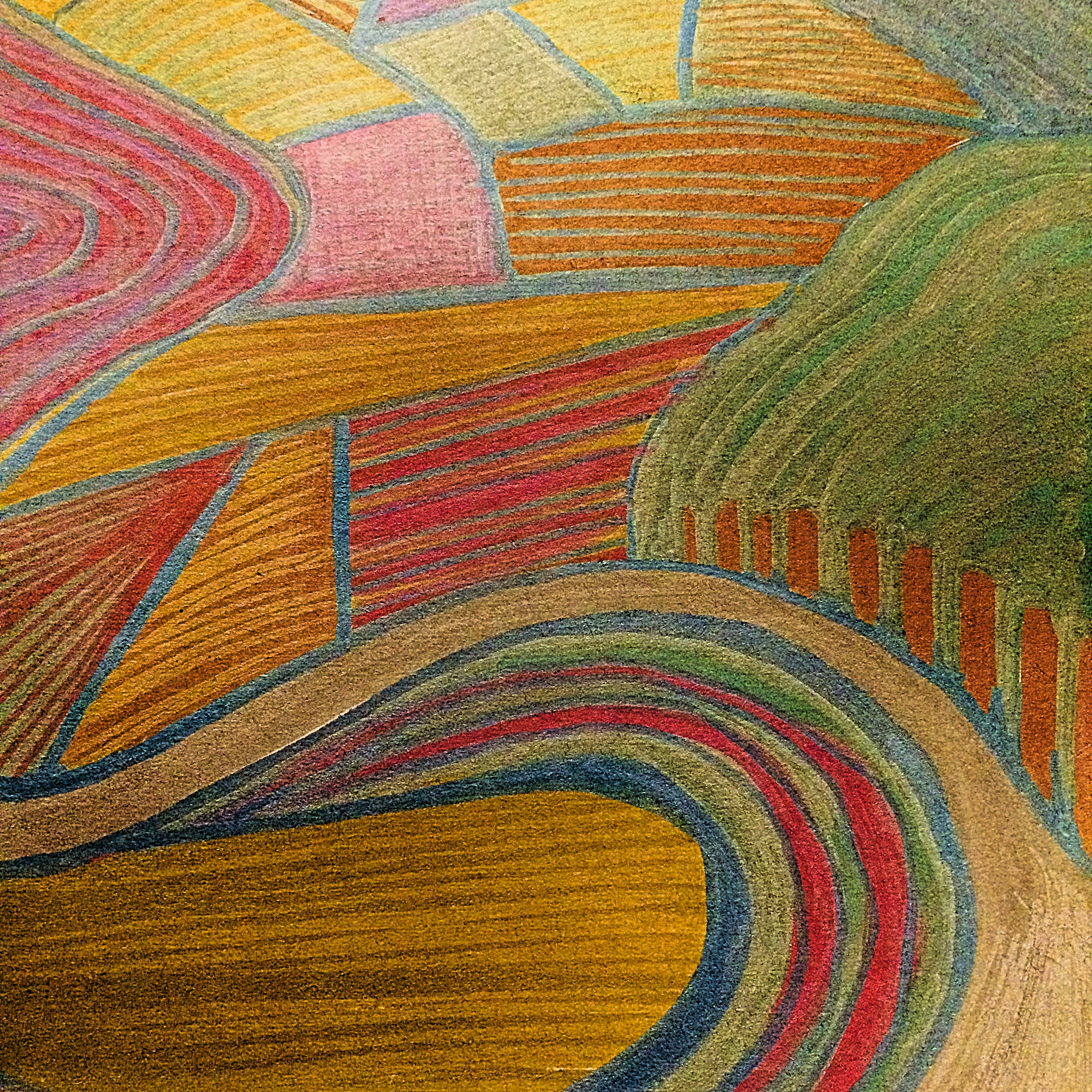 WITH SPECIAL THANKS TO THE HARDMAN TRUST

Do you ever think how great it is… to sneak to the fridge in the middle of the night and scoff whatever craving is niggling your sleep?

nobody around to watch the mischief you get up to

you can just open your eyes, slide out of bed, slip down the stairs and grab a spoon.

Apparently, this is something you can only appreciate after prison.

Understatedly, the last 20 years have been rough for Sara. Abusive and violent relationships. Alcohol and drug addiction. Then twelve and a half years of prison. But I’ll be damned if I’ve ever met anyone with such stoic positivity.

She was 26 when she started her sentence. It was not a happy time. But Sara got her head down and worked hard in hope of a future chapter.

“You imagine that day for many years. But when it’s a million miles away you’re better off forgetting. That’s a big thing for long-termers: don’t have a calendar. Don’t count the days. Just get your head down, study, and get on with your sentence.”

So she did. She kept turning pages until she reached the next chapter.

“It was that feeling of walking out the gates and realising that was it— that day, that day is finally there. And it is unreal. There’s no word that can describe it.”

The small things in life greet you warmly. Things like putting your key in your own front door, closing the door, and it all being yours. Things like silence. Oh and the fridge.

“We take things for granted. We get stressed over silliness.

Remember that it’s not the end of the world.”

But it isn’t all midnight snacking.

Some people say “opening” is the hardest part of a sentence. You may be out of prison but you’re not quite in society. You’re dipping in and out. You’ve got to be back at a certain time and there’s a long list of things you can’t do. It’s freedom in doses. Controlled freedom.

In the weeks after her release, Sara struggled to establish an identity without a passport or driving license or even a utility bill to show who she was.

“When you’re away, you don’t exist anymore.”

She wanted to open a bank account— she’d secured a job but needed a place to put her earnings. She didn’t want credit or any special perks, just a place. But many, many banks refused.

She’d read about the Hardman Trust in Inside Time, and heard some of her fellow prisoners talking about beauty courses or gardening equipment the charity had awarded them. She applied in prison and she won. But it wasn’t until six months after her release – once she’d worked through the immediate struggles of adjustment – that Sara’s probation officer gave her the push she needed to claim her award. She never looked back.

As her award, the Hardman Trust sponsored Sara on a Drug, Solvent and Alcohol Abuse counselling course that has shaped her career ever since.

Today, she works for a homeless charity offering counselling and mentor support to sufferers of addiction. Thanks to the Hardman Trust, she has generously turned her difficult past experiences into a social good.

“The prison system is stretched beyond belief. It’s the help of brilliant charities like the Hardman Trust that really give, in my opinion, the most positive outcomes. But charities can’t survive without the goodwill and donations of others.

And they need keeping alive, these charities.”

Her Hardman award ceremony was nerve-racking, but it harboured warmth and encouragement that overwhelmed her. Everyone there had more than an award; they’d been given a second chance.

“Don’t get me wrong, there is many a person I met in prison who I never want to see again. But sometimes good people do bad things. Some people make stupid mistakes, some people make catastrophic ones. Others are vulnerable and easily led. They’ve been used and abused.

It’s not the height of fashion to advocate for prisoners. I understand why, I see both sides of the story. But if people aren’t given the chance to prove themselves it makes a mockery of the entire justice system— of probation, the offending behaviour courses, all of it.”

Sara hasn’t squashed her past, she’s harnessed it. She doesn’t hide it, she owns it— in every action, every word. Every homeless person she helps though the sickness of addiction. Every momentary appreciation for the little things in life. This is her message to prisoners:

“You can turn everything around.

You can use your mistakes to prevent others from making the same ones.”

Through her own efforts her life is slowly but surely coming together. Reacclimatising has not always been easy and neither has being accepted by society. But she was given confidence by those who chose to believe in her: the Hardman Trust and her employers.

“If an employer takes that chance in you then you become very loyal. I know many ex-prisoners who have become their company’s best employees.”

Her vision for the future is to do whatever is required to help others in the way she has been helped, and most of all, to give people hope.

And then the rest is up to them.”

The Hardman Trust is a truly admirable charity that works with long-sentence prisoners, cultivating their potential to contribute positively to society. In doing so, they have tapped into a source of social improvement that we risk neglecting when we dismiss offenders from our ranks.

The charity’s main remit is giving awards. They select applicants through careful assessment, and personalise awards – like Sara’s Drug, Solvent and Alcohol Abuse counselling course – to make them true investments in that person’s future.

This investment repays the whole of society.

A tiny team runs the Hardman Trust (1.8 full-timers to be exact), whose efforts are made possible by voluntary assessors and loyal donors. Spending is stringent and minutely monitored: donations take a very smooth route to becoming awards.

How many people they help, is directly down to how much money they receive. That’s why we have set up a Just Giving campaign to raise funds for the Hardman Trust through the stories of former award winners.

Give something today to see another story like Sara’s tomorrow, born from your contribution.

If you are interested in any of these roles please email tilda@peoplwhodothings.co.uk!