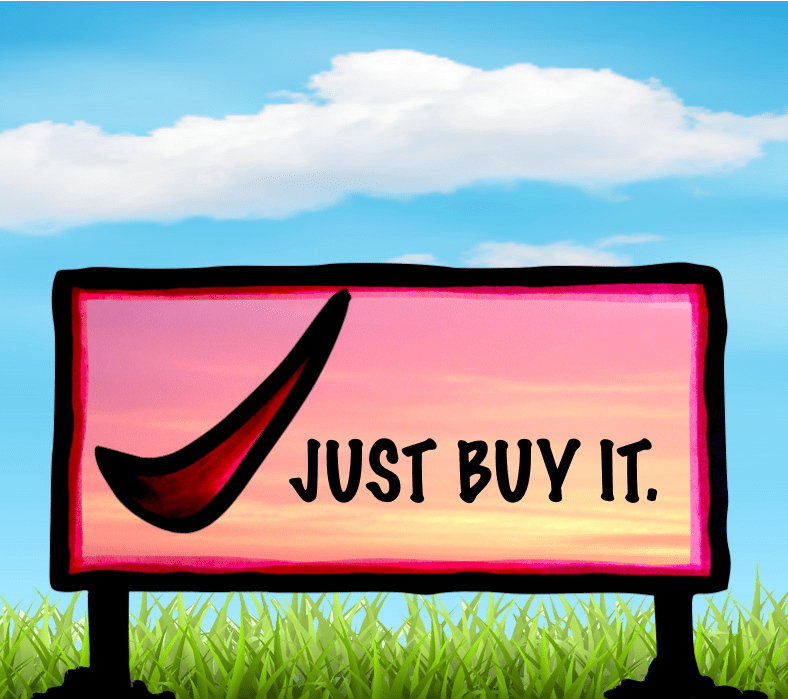 Economic growth depends on you and I being manipulated into thinking we constantly need new things— this triggered my late spout of self-revulsion at the amount of rubbish I have managed to acquire that serves absolutely no purpose in my life. Acquisition gives us a role in society, but that shouldn’t make it the meaning of life.

Well (besides, err, environmental issues and labour rights) it will never make us happy. It’s just not in our biology.

Adaptability is the most defining feature of the human race. Humans adapt to their circumstances and happiness remains relative. As affluence spreads, niche problems emerge that continue to get us down. A recent survey published in The Times investigates what factors most influence middle-class happiness. A decade ago it was the mortgage / being married / having a nice car; today it’s how many likes you get on social media and whether or not your avocado is mushy.

So then, after a certain level, what is the point of material accumulation? A person living in a mansion will get stressed out or annoyed everyday as much as a person living in a comfortable house. Studies show that material wellbeing significantly affects psychological wellbeing only below a certain financial threshold; once basic comforts are secure, correlation gets murky.

Admittedly, I kind of think that at a certain point people should just stop being allowed to accumulate futile wealth and have to redistribute it to people whose happiness it can actually improve. Obviously, this would be a disaster: giving the state the power of redistribution has backfired bloodily in history. It appears that Marxism fails to gauge what really makes people tick. So I promise to make more sensible suggestions.

What does ‘make us tick’?

That’s the clever part. The marketing industry has in fact worked out what makes us tick. It’s just not their products. Hence adverts are becoming less and less about the thing they are actually selling.

Products are sometimes comically at odds with promises. I notice this particularly with sex, which ingeniously gets tied to the world’s unsexiest objects.

Inevitably, if brands make us these promises then sell us those products, we’ll become disappointed. But by that time there’s an ‘upgrade’ available to give the promise another shot. Before we know it we’re gripped in a self-defeating cycle: buy more, want more, cry, repeat.

I’m not actually lamenting this, I tend to veer in favour of bold optimism. For example, I might say it’s immensely exciting that brands have such a clear understanding of the human psyche. That’s step 1. Step 2 is creating products that actually cater to this.

Of course, we will always need products that meet our basic needs, but at the moment there is an imbalance in the market that satisfies our basic needs and the market that satisfies our higher needs (social, psychological, intellectual). This has resulted in people, like me, owning piles of stuff that adds no life-value while remaining in a constant state of existential uncertainty.

“Our developing conception of ourselves scientifically should be changing

our understanding of the ‘good life’”. (Frank Marcia, architect)

Why is the market still filled with things that we know we don’t want?

What if brands actually gave us what they sold us?

Funny you mention it, consumer culture is evolving. Millennials are all about collecting experiences over things. There has been a surge in markets that cater to social needs: dating services; apps like Peoplehunt, SupperClub, Rendezvous and MeetUp. These are part of the sharing economy— our future (if we want to have one). Enabled by technological platforms, the socioeconomic ecosystem of sharing is built on sustainable innovation that pursues more interesting creations than disposable material goods. Education, experiences, services: these are its major products.

Even the fads of the day – mindfulness/superfood/etc – represent a reformed market, we’ve just become distracted by patterned yoga leggings probably made by slaves and instagrammable avocados that enrich the Caballeros Templarios drug cartel. Nevertheless, the government’s new sugar tax (snaps for Jamie Oliver) takes a stance against marketing that undermines our wellbeing. Our teenagers currently consume nearly a bathtub of sugary drinks each year, so it’s a good idea.

People may say that we corrupt good things by commercialising them (I’m sure I’ve said it myself), but that now strikes me as short sighted. Some things have to be commercialised because consumerism is the key to economic growth, without which most of us would still live in abject poverty. Is it such a terrible suggestion to create a market of predominantly good things?

Rise of the Sharing Economy