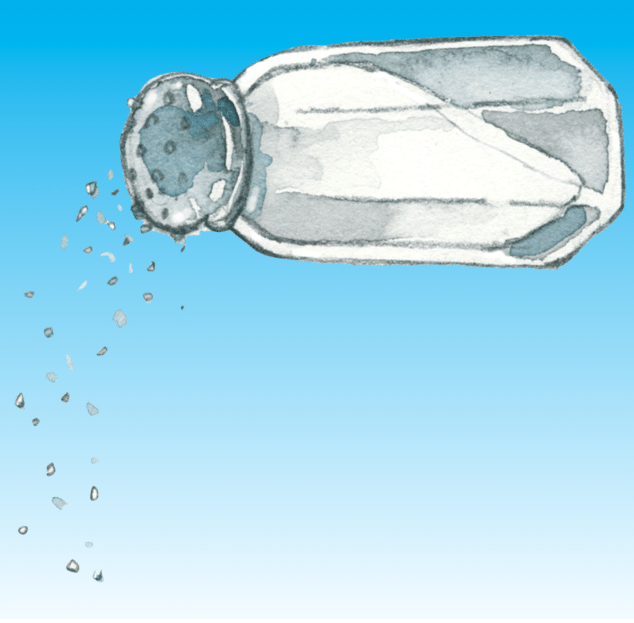 News & A Pinch Of Salt

putting in a word for the other side

A friend recently forwarded me a Times article about refugee evictions in Northern France, and – given that I have worked in the midst of many such evictions – I wanted to publish a quick review of the article, so people know what to look for when reading ‘news’ about this topic. I’m no expert, but I don’t have to be. You need only the little insight that I can offer to realise most of this is total nonsense.

The article made me uneasy. At first glance, it reads inoffensively, dispassionately. That’s it’s danger– it isn’t inoffensive. But because it feels harmless, you aren’t on your guard against its arsenal of influence, making it ultimately more harmful than articles that #haterefugees.

So – at risk of making you sit through two articles in one – I give you the Times article + ad-libs & afterthought.

Migrants trying to reach Britain from France are turning their attention to Normandy after being forced from Calais by tight security, local hauliers have said.

They warned that rising numbers were targeting the northern French city of Caen, more than 200 miles west of the staging point most commonly used to cross the Channel.

“Turning their attention to Normandy”– what a
ludicrous turn of phrase. As if they have complete
agency over where they go.The ‘tight security’ that
forces them from Calais, to be clear, involves
regular nighttime raids by riot police, who slash
tents, throw sleeping bags in fires, and teargas
homeless migrants.

Transport bosses called for security in Normandy to be greatly improved after a surge in reports of illegal immigrants trying to climb aboard lorries bound for Britain. The Road Haulage Association (RHA) said that the French military was needed to prevent a chaotic situation escalating.

Last Saturday someone also decided the military
was ‘needed’ when 40ish migrants nicked
gardening equipment to make a campsite in
Dunkirk. MIGRANTS ARMED WITH PITCHFORKS!!! It
was actually quite a comical eviction attempt that
the mayor ultimately called off.

Security at the Calais sea port and the nearby Channel tunnel rail link was significantly improved, with a £2 million wall built to protect lorry drivers on the port approach road. However, the RHA said that the problem had simply been shifted to Caen, which has a ferry link to Portsmouth. The crossing typically takes about six hours.

What is ‘the problem’ exactly? Brown people
spoiling the view? Or the fact that there are
displaced people with nowhere to go? Depends on
your perspective, but we’re only given one here.

“We are at the edge of the precipice,” Christophe Blanchet, the MP for Ouistreham, said.

Romain Bail, the mayor, agreed. “We cannot let illegal immigrants occupy the land like this,” he said.

Rod McKenzie, the managing director for policy and public affairs at the RHA, said: “We have evidence of a real and present threat to the lives of lorry drivers who are just trying to do their job getting goods to the UK. Real problems occur when lorries are forced to stop by makeshift roadblocks where migrant gangs attempt to get on board, frequently with threats of violence.”

He added: “We have also been told of threats of rape towards female drivers. There’s no question that the risk to drivers is significant and the situation is deteriorating.”

For anybody in our society, a rape-threat accusation is treated grievously, but with a cautionary approach towards
sentencing. In this context, the reporter citing the guy citing someone unnamed saying that female drivers were threatened
with rape is being used to sentence a sweeping group of people, the vast majority of whom would never, ever associate with
rapists. I expect that some migrants do threaten drivers violently, which is horrible. They’re a fragment of the picture. Also
worth mentioning – the heroic police monitoring thisproblem yelled“TITS” repeatedly at me and another female volunteer
yesterday.

(If I shut up with my ad-libs) it reads like a fair report, right? The Times is, by and large, one of the less politicised and agenda-driven national papers. The reporter’s tone is dispassionate – any opinions are contained in quotations from secondary speakers – the authorial voice just gives the facts. Factually, the article corresponds almost identically with my knowledge, but I would tell the story totally differently, which goes to show the minimal role facts actually play in creating impression.

I genuinely don’t think the writers have, in their own mind, set out to paint the refugees as a kind of unwanted plague that needs shifting before they start robbing and raping poor, law-abiding French citizens. They use the normalised vocabulary for the topic. But a provocative message infects this vocabulary, it’s dripping with tonal clues. Repeatedly referring to refugees as ‘illegal immigrants’ or simply ‘the problem’ instils an impression of them as inherently culpable, when most are victims of displacement. ‘Refugee’ is a title you have to earn, to prove, in our system. Most of these migrants are far more vulnerable than the locals that the article empathises with, but they don’t even get a look in. You’d read this article and think – ‘so they’re rapists, that’s no good’.

But there’s no indication that the article is skewed, no ‘think’s or ‘probably’s to flag inference, despite a clear bias against refugees and in favour of citizens (sorry for the polarity, sadly many citizens do pitch themselves against refugees). This is now such an automatic bias in this narrative that it’s not registered as bias anymore. Note the sample of testimonies; are migrants such a different species that journalists can’t even request a statement?

WHERE TO GO FROM HERE?

I’m trying to put into words what that article was lacking. It’s a kind of self-awareness coming from the writer; a more expansive consideration of everyone affected. Every fact you recount can be framed a number of ways that could lead to drastically different interpretations. Writers hoping to deliver news impartially need adopt an awareness of those interpretations and their implications.

If writers do intend to take a stance, that should be flagged. Don’t disguise opinion as fact, don’t manipulate us.

The need for critical reading is just a reality of media today. Once upon a time we took news with a pinch of salt because it spewed from gatekeeping media giants, often puppeted by governments. Today we have the opposite problem. Media is emancipated— but with freedom comes responsibility. We have to be responsible about how we consume news because with the internet, every reader is a reporter too. You read something, you share it, you cite it, you circulate it, and suddenly the original report has a thousand digital references to back up its factuality, regardless that they all stemmed from that same initial article. This is called circular reporting— basically, ‘fake news’.

It’s also about who you surround yourself with. Value friends with different opinions, be open to their challenge. Look to many sides to find balance.

Further reading: Tia sprinkles some salt on our media’s love of Russia