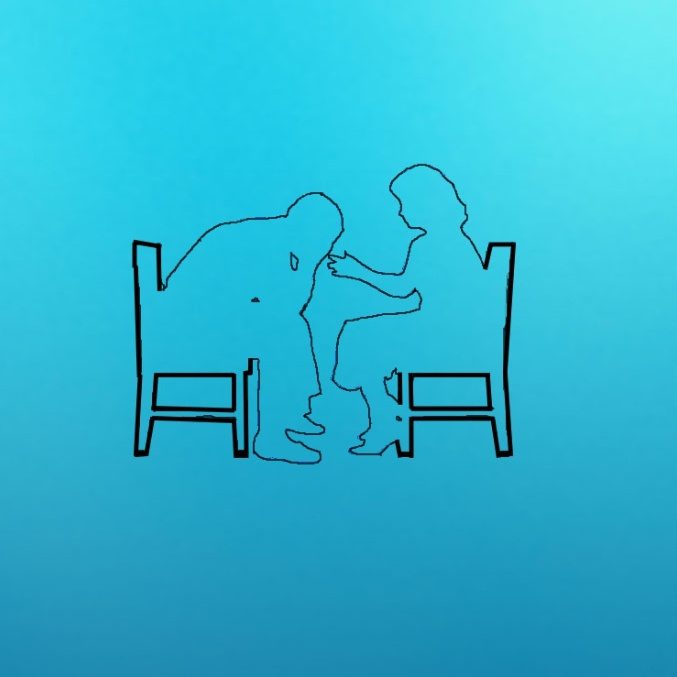 My approach to Therapy

Being guided into therapy by my Mum at 15 is something I’ll be eternally grateful for. It gave me the chance to receive the help I needed as well as the early resources to learn how to help myself at a critical time in my life. However, is it the most that I’ve ever benefited from any mental health treatment? No.

When it comes to mental health I have learnt through my most recent period of therapy that it is preferable if decisions are made more independently.

My most recent course of therapy has been 2 years in the making, included 2 different therapists, and hours of research and discussions regarding different forms of therapy. A very unhealthy amount of waiting.

I decided to resume with therapy in January 2016 – I started sessions in November 2016 and finished a series of group of sessions in September 2017.

My journey back into therapy began unexpectedly. I went into a sexual health clinic in London for a routine STI screening and after a conversation with a Doctor got diagnosed with depression rather than chlamydia, thankfully (… I guess?). It was this discussion that inspired me to once again look for help with my mental health.

This was, frustratingly, where my journey became riddled with practicality issues. I was going back up to Edinburgh, where I was living at the time, a couple days after having gone to the clinic so I couldn’t sign up for therapy sessions in London. When I saw my GP in Scotland, I was then told it was pointless signing up for therapy there because the waiting list was 3 months long and I was coming home in 5 months time. By the time I had finally settled back in London that summer and signed up for therapy on the NHS, it was 7 months after my initial re-diagnosis of severe anxiety and new diagnosis of chronic clinical depression.

With that in mind my first piece of advice for anybody looking into starting therapy is: try to be as patient as possible with the amount of waiting time there is involved in the process. I was initially told that I’d be put on a waiting list where the average wait is around 6-9 weeks in London. 6-9 weeks quickly became 4 months. During that time, I was privileged enough to have a handful of sessions with a private therapist which I used as a test to see what methods of therapy resonated with me most. I’d previously found CBT (Cognitive Behavioural Therapy) didn’t sit too well with me but with these sessions, I also discovered that I found that the conversational model of therapy wasn’t guided enough and super exhausting.

(CBT is a form of therapy used by mental health specialists to enable you to change your thinking and behavioural patterns to less destructive ones. I would highly recommend it, as would many professionals, I just personally found that I preferred methods of therapy that felt more conversational.)

Seeing a private therapist on a couple of occasions allowed for me to have an informed degree of control when constructing my therapy sessions with my future NHS therapist. Due to my awareness of what had and hadn’t worked for me before as well as what I wanted to try out – I was able to work out a more bespoke form of therapy with my therapist.

But private therapists are expensive and not accessible for many. During this period, I was also using private therapy sessions in combination with more accessible activities such as yoga and meditation which I have found incredibly helpful for both fitness and mental wellbeing. Without personally using them I have also heard nothing but good things about apps such as Calm and Headspace that use meditation exercises to help with mindfulness which I’m sure would prove helpful whilst waiting to begin therapy.

My second bit of advice would be to keep a sense of focus, if possible, during treatment. It’s easy to get lost in the process of therapy: going in week after week and discussing important issues before coming to the end of the series’ and finding that you’ve forgotten to bring up issues that were still present and significant, but just not as pressing at the time. I find it helpful thinking of therapy like taking a course of antibiotics, in the sense that there is a prescribed amount of time allocated. Depending on the requirements of treatment, different therapists will offer different scenarios for the amount of sessions that will be made available (these can be adjusted over time). The average is 10-15 sessions where the first couple of sessions attempt to map out what’s troubling you, before closing out the sessions and coming up with a progression plan in the final few sessions. As a basic plan it’s functional and fine but incredibly bare. Going into therapy with flexible goals will help guide your sessions and give the therapist a greater sense of how they can help. View the finite term as a positive, in the sense that it gives you an opportunity to tackle your immediate concerns with the immediacy they deserve.

I mention keeping flexible goals because my third bit of advice is based on the elements you may, or may not, have much control over. As anyone who has gone through therapy will tell you, the first therapist that you are assigned may not be “the one”. This does not have to be permanent. As a patient you are within your right to request a new therapist and find a professional better suited to helping you; it may increase the waiting time but that may be better than wasting your time with someone who you really cannot connect with. Frustratingly, something you cannot control are situations that may happen outside of your sessions that can greatly affect your treatment. Therapists, like any other human, can catch a cold – they also take holiday time off. This all may seem very obvious, but being prepared for unexpectedly missing sessions for a couple weeks will really help mentally strengthen you for a time outside of therapy.

Therapy is a fantastic way to work out many of your struggles with mental health. It is a service that is still provided for free on the NHS and saves thousands of lives a year, but it is not always as well executed as  it should be. Waiting times are too long; it’s not always easy to find a therapist you feel comfortable with; you won’t talk about everything you need to talk about in the allotted sessions and it won’t be as consistent as you were expecting. However, preparing yourself for life inside of your therapist’s office and inside your noggin outside of therapy will help you benefit the most from a service that can improve your life.

The Mix offers free, confidential support for young people under 25 via online, social and mobile. It touches on the major mental illnesses and also self-esteem, bereavement and approaching counselling. Young Minds fights for young people’s mental health: addressing it earlier can help champion the voices of young people and influence mental health policy.

Optimism is a mood-tracking app to help record your emotional state and recognise potential triggers. Meditation and yoga can help calm and control the mind between sessions: Insight Timer and Headspace are great apps for the meditation beginner and Smiling Mind is an app for the younger population – getting them into mindfulness early.

(Tia’s Insane in the Membrane provides extra little tips and tricks in dealing with mental illness.)

Insane in the Membrane 11
[yuzo_related]