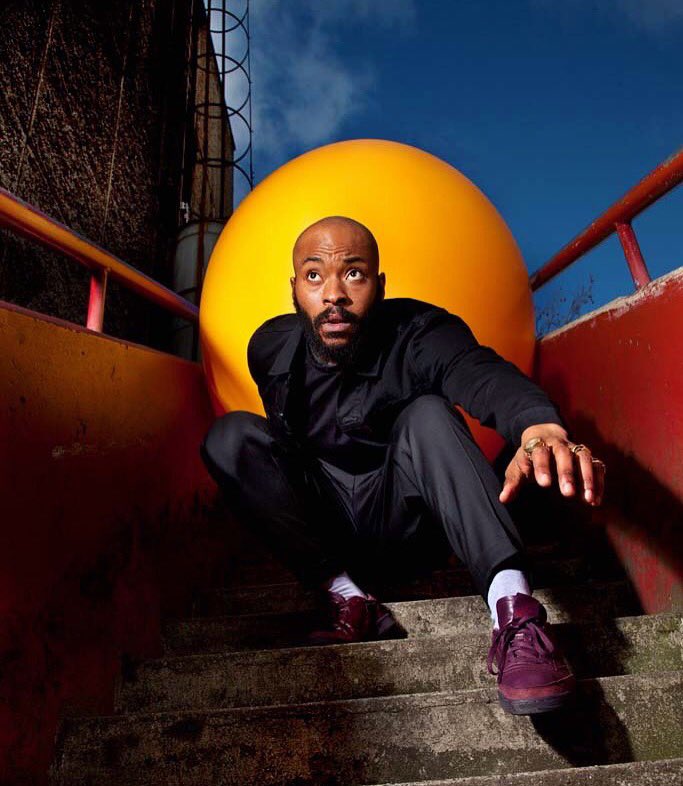 A lot of crazy shit happens on the night bus,

One shouldn’t settle disputes on the night bus,

It’s only ever gonna end up in a fight, truss.

Welcome to Arinzé Kene’s city. The city is alive with bodily features – its boroughs are organs, its roads are capillaries. The passengers on the night bus are blood cells, “red and white”. But watch out, every now and then, you can run into a virus: “word to the wise, avert your eyes, and sit in silence”.

Reputations in the city creature, stay

Rumours in the city creature, don’t go away

The play begins with the story of Virus, who jumps onto the night bus without paying and who gets into an altercation with a drunk guy who invades his personal space. Virus hits the guy, no big deal – just one punch. Gets off the bus the way he came in. He heads to see the girl he calls when he wants to get laid – he likes the way she touches him. No one touches him, at least “Not properly / Most people cross the street / Or watch me microscopically”. But he hates it when she’s nice to him, it makes him think about things he doesn’t want to think about.

The only person Virus can take kindness from is his little sister Tracy. He’s the one who helps with her homework, he’s the reason why she’s been achieving – he goes to her assemblies, parents evenings. He wants her to know she can be whatever she wants. “Whatever she wants to be, she’ll be that – she’ll see”. Not like him, he had to “beg for shit”, anything he wanted, he had to prove that he absolutely needed it.

Arinzé is trying to get Virus’ story finished, but in Act One Scene Two, two of his mates, Raymond and Donna call him to tell him they’ve got some issues with his play. It’s just another story of yet another “generic angry black man”, told for the benefit of a white audience. He’s selling out and writing an urban play just to get his work on stage: “a modern minstrel show”. And this kick-starts Arinzé’s dilemma. He’s never even heard that term – is that a real thing? Is Donna joking?

Joking as ever but I’m serious as fuck though.

Donna puts his play down to being just another example of “black trauma” – adding to the cacophony of stories of “racism, slavery, crime, violence, drugs, gangs, poverty”. She wants to know why it always has to be about black suffering; why there’s never “a cycling through the city montage” of a girl who looks like her.

This is cutting, because Arinzé hasn’t just written any old play just to get it on stage: “my characters have well-thought-out story arcs and shit”. And now he’s really freaked out because he hadn’t considered that people might think of him as someone who’s just churning plays out and excreting on his community.

He’s outside himself; second guessing himself.

Arinze’s sister has an opinion too and warns him against writing some “red-hot buffoonery to pander to the voyeuristic needs of the bourgeoisie”. She wants him to consider that, unlike the brutalities of the past, this “modern war” that he writes of “is in the mind” – and all it serves is to perpetuate “feelings of self-doubt, self-hatred”:

“The type of story you’re telling creates a national climate that is insensitive to our plight. Thus fostering a consensual national setting wherein which our people are more easily mistreated and oppressed!

And this leads to our people being harassed and even killed by the authorities for reaching for our keys! For reaching for ID! Or for walking down a street to go buy a bag of Skittles!”

This is getting out of hand. Arinzé doesn’t want to write something for “cultural tourists”, but he can’t write the stories he wants to tell with everyone getting involved like this. Arinzé and Virus’ stories run alongside each other as they try to block out their own anxieties, as they struggle to separate their own reason from all this background noise, that’s getting louder and louder.

Is that what Arinzé is really writing? Urban safari jungle shit? Is he really just making up depressing stuff, and should he be questioning his own responsibility as a writer, as a black writer? Should he be berating himself for not stopping and questioning the impact that this story might have on other people? And what about the people who have to live out the reality of his story?

Virus’ story is in fact the true story of his mate Lucas. Lucas is Virus. Lucas never goes to the theatre because he never sees any representations of himself at the theatre. So that’s why Arinzé is putting him in his play – doesn’t his story matter too? (Or maybe it’s not a true story. Does that even matter? Why should anyone care? And anyway, it will be true of someone, somewhere…)

Arinzé is battling with his play when he realises that Dreadlock Rasta who lived downstairs has moved out, replaced by a hipster mate of his girlfriend: Redhead Eddie.

“I ain’t got nothing ’gainst Redhead Eddie, But I’m not a fan of how the Rasta man keeps getting replaced by the trust-fund man,

Arinze’s made a mistake. Lucas isn’t Virus. Lucas is a blood cell of the city. Viruses invade bodies. The virus is the infection that ‘gentrifies’ everything it touches, that raises rents and destroys small local businesses; that puts in a Starbucks, that destroys culture. It’s the virus that makes things change, that brings in the yummy mummies “pushing their wide-as-fuck prams everywhere”, that builds a theatre.

Thank you very much but fuck Shakespeare

This is where I grew up

Call whatever you want

It’s nothing but modern-day colonisation

It’s hard to resist the urge to quote half of Kene’s play because it twists and turns from funny lines to realities that pack a punch; from prose to poetry to song. (Buy the play text – not only is it one of the most engaging texts you’ll read in a while – it also manages to look beautiful on the page in the way it shifts in rhyme and metre). Kene leads the cast, and actors and musicians Adrian McLeod and Shiloh Coke play Raymond and Donna, as well as adding the music to the show. Coke’s timing when she delivers Donna’s barrage of hardcore, “serious as fuck” lines is brilliant.

With a capital ‘F’

Cos where I’m from we say ‘fanks man’

Misty is on until April 21st – get yourself there.

ear for an eye