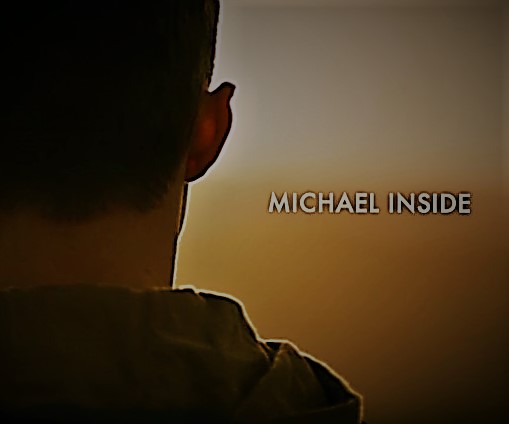 Michael Inside (Frank Berry, 2017) is a prison film about class. Berry tells the story of Michael (Dafhyd Flynn), a teenager who gets sent to prison in Dublin for three months after he is caught holding drugs. Featuring accomplished performances, solid storytelling and a clear-eyed message, Michael Inside is a feature film with all the vocational urgency of a documentary.

Not that it’s surprising. Berry’s previous work includes Ballymun Lullaby (2011), a critically acclaimed documentary, and his commitment to telling people’s stories is made evident as soon as the film opens, a title card informing the audience that the film was made by collecting interviews with prior inmates who had been through Irish Prison Service’s Pathways program. Berry’s intention, to humanise young offenders, is loud and clear.

“The sentence starts when you step out of prison.”

The script is thorough and unflinching: we are taken step by step through all the dehumanising rituals of prison, the parts that most features skip out. There’s no room for bravado here, and the meanest character is inevitability. For a prison film, that most scripted of genres, the film is refreshingly free of any glorification of gang warfare. Instead, we get damning social criticism. When at the end we are treated to a montage of Michael’s life as he moves from sentence to sentence, petty crime to something more serious, the harrowing predictability of his life brings us back to an inmate’s depression conviction, that the sentence starts when you step out of prison. The consequence of this commitment to Michael’s story creates a resolute empathy between character and audience.

However, this same testimonial logic holds the film back, because what the story is and how it’s told are one and the same. The prison colour palette: listless, desaturated. The cinematography: unbalanced lonely framing and shots which track Michael’s every move. A mournful string-based composition by Daragh O’Toole. It’s a sort of neatly pared back realism which leaves you wondering: where is Berry’s directorial voice?

If Berry’s voice is muted, the actors are a perfectly tuned chorus, free to take centre-stage. And boy do they. Dafhyd is outstanding, a study in understaded eloquence. He is elegantly pared with Lator Roddy, who plays Michael’s grandfather, the man who has raised him. Roddy is spare and expressive, dignified even in apparently hopeless situations. The heart of the film is the relationship them, and both Dafhyd and Lator convey huge amounts with the silences of the unsaid.

“…take our judgement and mould it into compassion.”

There is one moment which elevates the film from its unembellished storytelling. Michael is being interviewed for a place on a further education course in social care. He has taken along the only character reference he has, a letter written from his grandfather. His interviewer is unimpressed, and let’s him know it: the lack of proper references, his apparent disinterest, his short and nervous answers. Then she reads his reference. We don’t see what is written there, but her reaction speaks volumes. She is visibly moved and looks up at him with new eyes. What she had judged as belligerence, shyness; what she had seen as attitude, poverty; what she had taken for nerves, desperation. This is what Berry wants to do with his film, take our judgement and mould it into compassion: he wants us to see not Michael Inside, but Inside Michael.