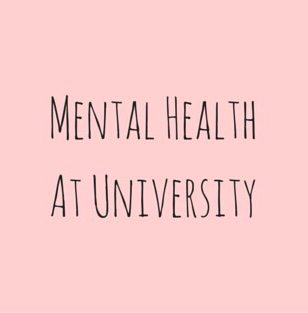 The word ‘therapy’ is loaded. It is presented as a catch-all solution to numerous mental illnesses. Just sitting in a room talking about yourself. Sounds easy, right? My first experience of therapy was at university and it was the only option that Edinburgh offered in tackling mental health. Academia and mental illness have a correlation that is intrinsically linked to stress. As mental illnesses are becoming more mainstream in the media, universities have stepped up and offered their guide to the “cure”. Free, licensed therapy.

“The best years of your life” is a high expectation to live up to. We swan into university expecting immediate success in work and friendships, whilst chugging bottles of vodka. But there are many things to be anxious about at university; keeping your grades up, maintaining a healthy social life, being cautious about student loans, concern about subsequent debt, the irrevocable fear of unemployment. According to mental health charity, Mind, ‘the 28% jump in university students seeking counselling coincides with the trebling of tuition fees to £9k’. That was a major concern for me going into university. At Edinburgh there was a 75% spike in students accessing counselling services, post tuition raises.

Some of the pressures that students at university face now are unlike any seen previously. The digital age has made everything accessible online. So much so that some randomer you talk to once at a party could know about that great falafel you had on your 2007 family holiday to Greece. Creepy. Granted this is in part due to how much data you allow to be visible (and you can always change your privacy settings), but ‘stalking culture’ has become the norm. Social media hides insecurities behind walls of extroverted hedonism. If you’re not out having the best time all the time, then you’re not doing university right, but also don’t forget to constantly work and meet those deadlines – pressures such as this can have dire consequences. ‘FOMO’ has changed everything.

I left university two years ago, so it would seem fitting that the Edinburgh curriculum has been updated to include further destigmatisation and a more proactive approach. Whilst I can only speak from experience with my university, I have friends in university therapy around the country who have offered their insight into their institution’s method of tackling the rise in mental illness.

With over 78% of students having mental illnesses in the last two years, mental health should be at the forefront of Universities’ agenda. At Swansea, the number of students seeking counselling rose from 80 to over 1,000 people in 5 years, mainly due to the university’s efforts to destigmatise mental health issues. But some universities just can’t cope with the rising number of students with mental health illnesses. At UCL, a university with over 40,000 students, they had a team of only 13 counsellors in 2016. The University of Dundee reported an increase in demand  for student counselling of about 70% over eight years.

During my tenure at university I found that Edinburgh’s approach was reactive more than pre-emptive. Whilst the opportunities they offered subsequent to diagnosis were worthwhile and beneficial, there was no prior engagement to identify possible sufferers. Even my illness, one of the more researched mental health illnesses, is complex. Depression doesn’t just mean you’re sad. Its definition is broad and therefore convoluted. It has mood swings, it is indecisive, and it rarely follows the same trajectory. Mental illnesses are confusing, especially for undiagnosed sufferers – those who feel a certain way but have no explanation for why or what it is.

After finally accepting that what I was feeling wasn’t just a one-off or temporary, I went through the student counselling motions. At Edinburgh the waiting list to see a counsellor was long and I waited 2 months for a referral. Although two months can fly by when you’re busy, it can trudge past when overwhelmed with anxiety and an undiagnosed illness. Having waited this long to seek medical advice, to be faced with an extra delay was frustrating. I knew there was something wrong, but no one had explained what. After booking an appointment you are sent forms asking non-compulsory but vague questions concerning the details of your mental illness. Some find answering questions about their own mental illnesses simple, but I am not one of them. Having just accepted to myself that something wasn’t right, answering these questions only heightened my nerves. I hadn’t realised that what I had was depression, or a mental illness at all. So, it was with difficulty that I wrote a brief explanation as to how I was feeling.

The student counselling services were located on the second floor of the library, otherwise branded the busiest floor. People would converge there to chat, gossip and occasionally study. When my appointment arrived, I tried to make my walk-in to the largely signed STUDENT COUNSELLING SERVICES as inconspicuous as possible. Aged 20 I was somewhat shy and leant on my bravado more often than not. I really cared what others thought of me, so entering that noticeable section was quite disconcerting. This was before I knew that having a mental illness is not shameful. Next week I will talk about the actual therapy process.

Over half (54%) of students identifying with having a mental illness have admitted to not seeking help. Accepting that something is wrong can feel impossible. Introspectively it can feel like a failing, an inadequacy. But it is not. University was not the cause of my depression. But it was definitely a catalyst to its emergence, and with more students identifying with having a mental illness than not, it should be less stigmatised than it is. As a society, we still have a long way to go in addressing and tackling mental health. But thankfully universities like Swansea are proactively engaging in the discourse. Hopefully more will follow.

Nightline is available (6pm – 8am) every evening for those in need of someone to talk to.

Students against Depression and Student Minds offer safe online spaces where professionals and students can talk anonymously to tackle depression. Moodzone helps you engage with your peers about depression. To learn more about future policy concerning mental health and Universities, go here. If you don’t feel your university is doing enough, check out the University Mental Health Advisers Network and seek out advice.