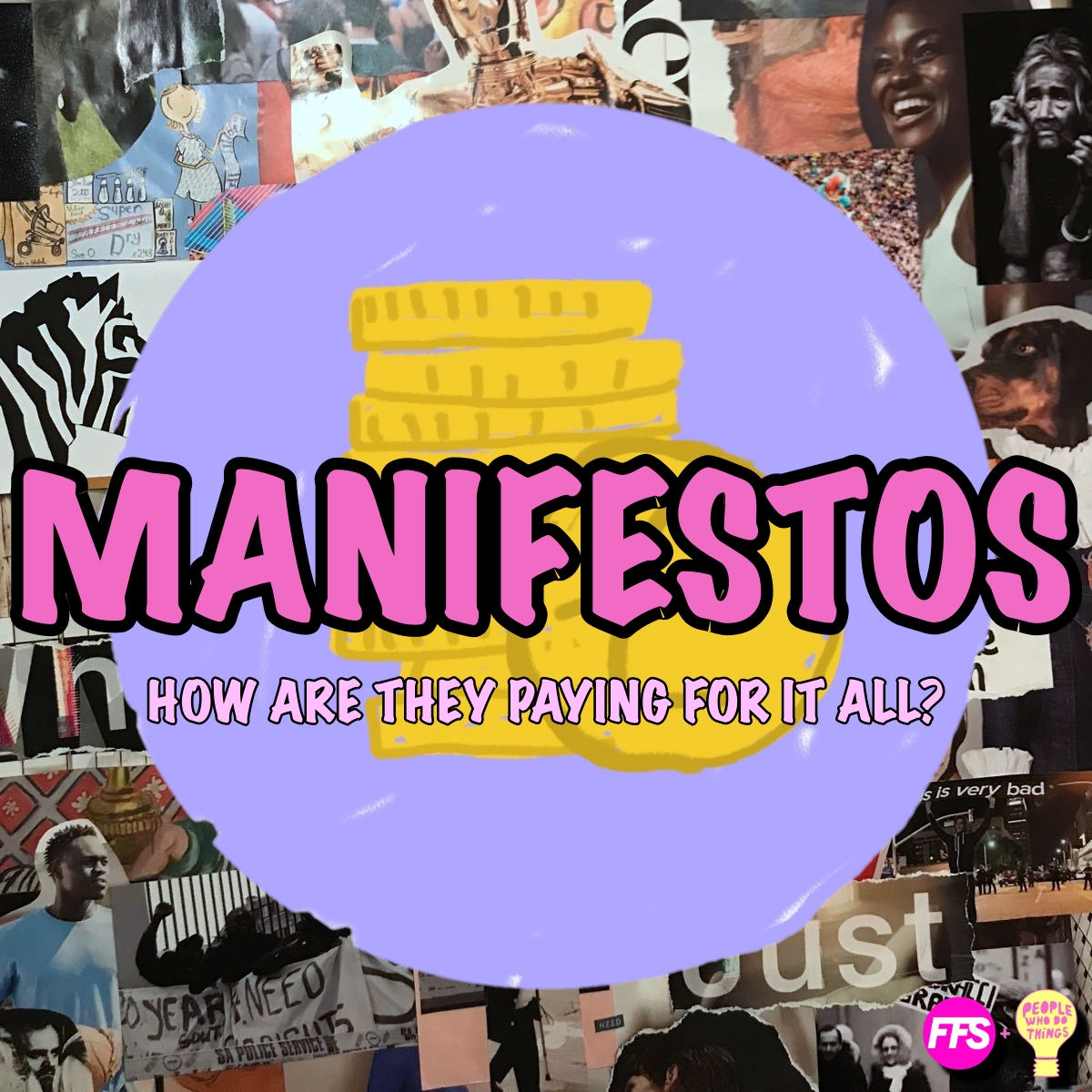 How Are They Paying For It All?

Part 8: How Are They Paying For It All?

Illustrations by the lovely Lucy Harris

All parties are proposing a balanced budget (where spending = revenue) – the Conservatives over three years, Labour over five – but only when it comes to day-to-day spending.

Investment spending is different. Conservatives set a cap for public sector net investment, at averaging 3% of GDP. Labour sets no cap. Instead, Labour’s massive investment plans rely on their predicted productivity increases (which would have a deflationary effect), and growing public sector net worth (e.g. investment in fixed assets such as social housing). The Conservative manifesto goes by standard debt ratios, where Labour incorporates less traditional metrics into their balance sheets.

Note, these calculations come from the party’s own manifestos, and have been called into question by various experts including the Institute for Fiscal Studies and Institute of Chartered Accountants in England and Wales.

The IFS says Conservatives spending on all public services other than healthcare would ultimately be 14% lower than today by 2023/4, unless they increase taxes where they have pledged not to. They also flag post-Brexit trade pledges in the manifesto as being extremely ambitious.

The IFS says Labour’s promise to compensate women negatively affected by changes to state pensions – a promise that could cost £58bn – collapses their pledge to balance the day-to-day spending budget. Their tax proposals are also likely to impact more than the richest 5%, as claimed.

The IFS rules that of these three parties, the Lib Dems is the only manifesto which would ‘put debt on a decisively downward path’.

The gap between spending and revenues is the deficit. These are the deficit predictions of the ICAEW, based on the party manifestos (for 2023-24):

The ICAEW concludes that none of the parties have set out long-term fiscal strategies for public finances, and all are set to ‘increase the financial burden passed onto future generations’.

< Back to part 7: Social Security & Housing