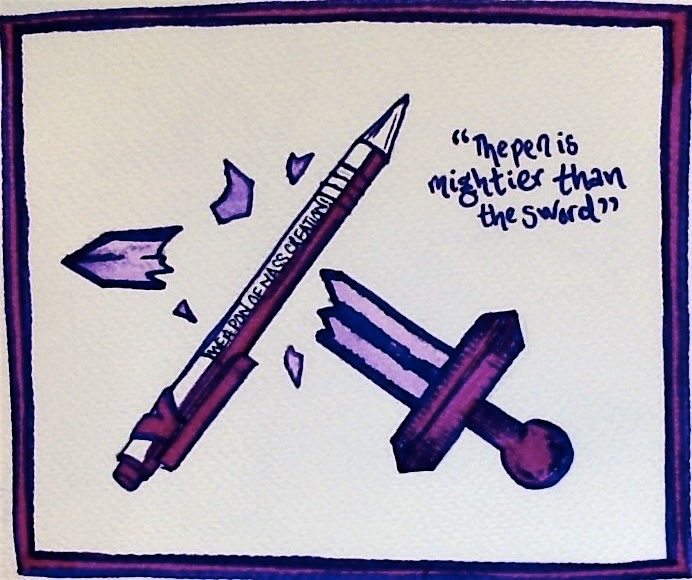 Nuggets of wisdom from around the globe

Over the years I’ve collected foreign proverbs, I just do weird things like that and I’m not going to elaborate. The other day I remembered that I do this, so I started ambling through them. I got hooked. It got to that stage where you really have to pee but have silently resolved to finish reading everything in front of you before breaking concentration – I honestly felt I was on the path to Enlightenment.

One thing that has struck me is how much proverbs reinforce their nations’ stereotypes. The Spanish like honour and vengeance. The French are blunt af. The Irish only seem capable of making metaphors about drink, the Italians about food. The English have stiff pokers up their bums. Germans are aware of their superiority and basically just mock everyone else (though they really are deluded if they think their cuisine is better than the Spanish cf. He who would eat in Spain must bring his kitchen along). Russians are rough and ready. The Japanese are disciplined to the point of psychosis. The Chinese are poetic and wise. And Africans are simply lovely (I’m not just being really ‘white’ (ok I definitely am and in more ways than one), but it’s a unifying theme for most of the continent’s proverbs). Purely academically, I find this interesting. One German proverb in my collection agrees (with oh-so-ironic arrogance): A country can be judged by the quality of its proverbs.

Anyway, passing thoughts. My plan isn’t to dwell on the caricatures: the occasional racist jibe was not what kept me trawling through an encyclopaedia of allegories. The truth is, proverbs are gifts. Gifts from generations older and wiser. People have already seen what we will come to see, they can tell us straight up what we’d take lifetimes to learn. The arrogance of youth often blinds us to such counsel. We roll our eyes at Granny’s rambles, but one day soon, when we trip on our paths, we’ll remember she did tell us to tie our laces.

A new broom sweeps clean, but the old brush knows all the corners. (Irish)

So that’s why I trawled: I trawled for knowledge. If you sift out the bigotry and xenophobia and cynicism (there’s a LOT of women-bashing), little gold nuggets of wisdom emerge. Here are some of those nuggets:

You’ve got to do your own growing, no matter how tall your grandfather was. (Irish)

Instruction in youth is like engraving in stone. (Moroccan)

It takes a whole village to raise a child. (Swahili) — they really were onto something, whoever said this. Yet we still have to learn that society as a whole needs to help out young parents. For parents to balance career and family, workplaces need to evolve and so does working culture. But without politicising it, this is quite a lovely proverb. Some anthropological theories explain human society in exactly this way. When human babies are born we’re unusually vulnerable. Unlike other baby mammals, we cannot even walk – we literally do not know we have arms or legs! But while human babies are totally dependent on adults, human mothers can be severely weakened in childbirth (not to mention post-natal depression). And so the whole tribe has to help in the protection of a mother and child, that is simply a fact of human survival. As a result, humans do not exist as individuals. Humans exist together.

Shared joy is a double joy; shared sorrow is half a sorrow. (Swedish)

Better give a penny then lend twenty. (Italian) — giving one penny is better than lending twenty because it might actually help someone. It’s giving as needed, not as makes you look good. As a country, we could work on this. We ‘lend twenty’, in the sense that we fulfil our 0.7%-of-GDP UN quota, but much of that aid money is sitting in transit or with dubious benefactors. We are the 3rd-biggest exporter of aid to Yemen but the 2nd-bigger seller of arms to Saudi Arabia, which is kind of disingenuous ‘giving’.

When the sun rises, it rises for everyone. (Cuban) — the Communist sentiment that humans can’t corrupt.

Do not blame God for having created the tiger, but thank him for not having given it wings. (Indian) — ok, with this kind of relativism you can justify anything. But accepting what you can’t change is true stoic wisdom because anger is as a stone cast into a wasp’s nest (also Indian).

Turn your face to the sun and the shadows will fall behind you. (Maori)

It’s better to light a candle than curse the darkness. (Chinese)

Black as hell, strong as death, sweet as love. (Turkish)

Coffee and love are best when they are hot. (German)

That’s your starting sample. Watch this space for more.

Now go forth and proverb.

Read the next instalment!