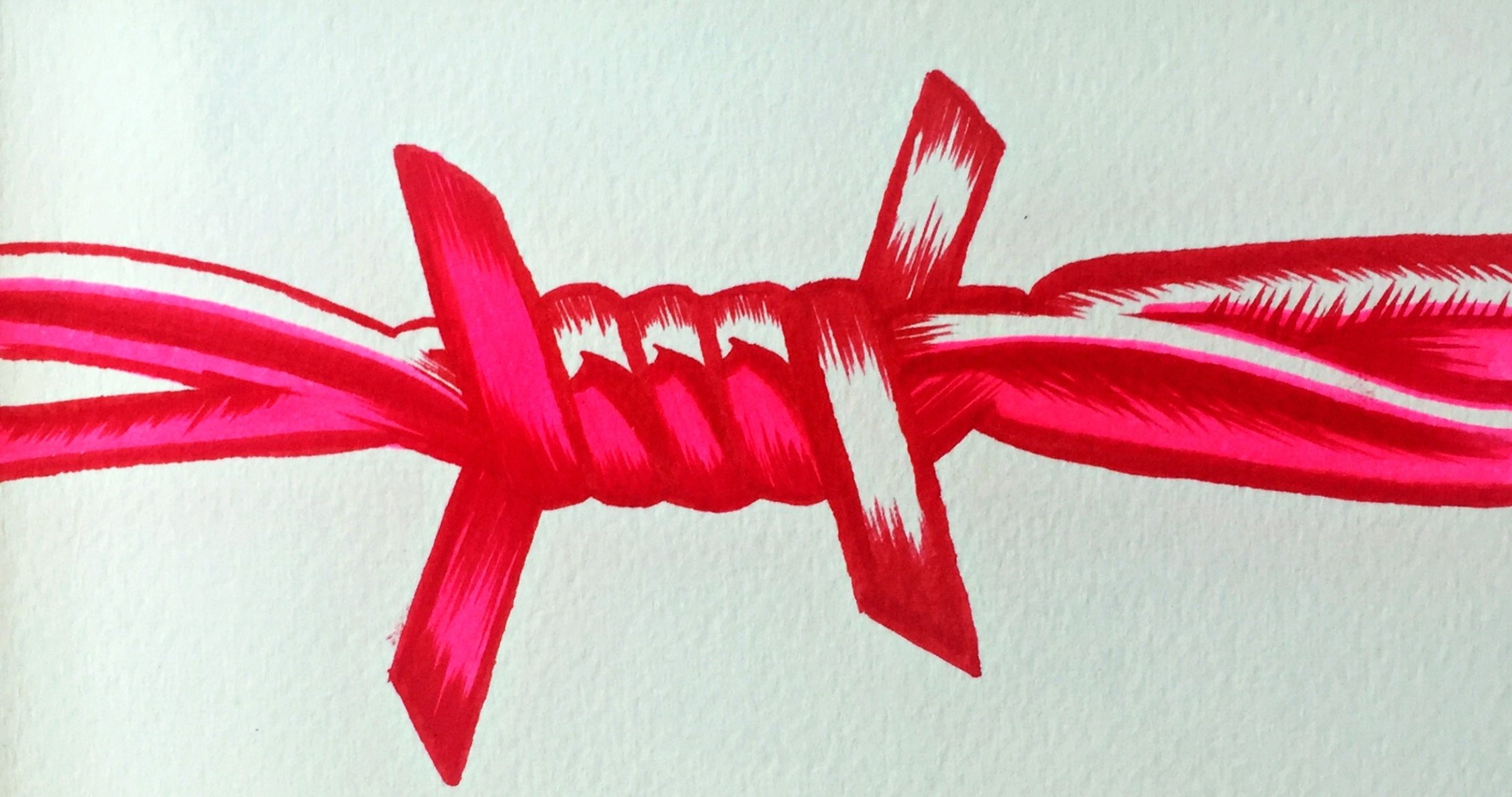 When I tell my friends I’m going to Calais they say, ‘oh how nice! Take suncream!’ I think they think I’m going to Cannes. And then when they realise that ‘Calais’ means Calais, and I’m going to work with refugees, they ask why – last they heard, the Jungle was destroyed.

People don’t really know about Calais, that refugees are still coming, still trying to cross everyday, that the situation is now one of mass homelessness, with 700-800 sleeping in woods, in ditches, under bridges, by the motorway… getting hit. We’re clueless, and frankly, so is our government. They might know the ins and outs, but they don’t know the refugees, don’t know what incentivises them, don’t want to know. This is seen to foster detached policy, it actually creates ineffective policy. I can tell you straight up – the millions we’ve just thrown at border security will not stop migrants trying to cross, it will merely mean more die trying.

Any volunteer working with refugees in Calais faces a dilemma – do you tell the refugees the truth about the UK? They share difficult truths with you, traumatising and dehumanising experiences that have forced them to flee country after country. But to return their honesty would be to shatter final hope.

The UK gets idealised within the asylum community: it’s the light at the end of the tunnel, a light that has brightened with every door that’s been shut in their face. One Kurdish friend thought I was messing with him when I told him that no, Middlesex does not have a tropical climate. ‘At least’, he and his friends started chatting animatedly, ‘British people are the nicest in the world. Everyone knows they love refugees!’ They turned to me expectantly… Eesh. ‘Maybe half’, was the best I could manage. Even that white lie drained the light from their eyes.

Why this idealisation? I’ve gauged a number of factors – movies, the English language, lies circulated by human traffickers on social media. But the real reason the myth has survived: it just has to. The UK just has to be nice. When you are running from somewhere you cannot return, you need a finish line in mind. We all need a reason to get up in the morning, to shovel food in our mouths and just keep going.

And there is, of course, some truth to the myth. While many refugees who reach the UK will suffer from chronic loneliness, cultural disorientation and xenophobia, they will also see that western prosperity is real. Our pull-factor is powerful, and we must acknowledge its origins. The economic vibrancy of ‘western’ countries cannot be separated from a global history of colonisation, the consequences of which continue to render many African, Middle Eastern and South American countries unsafe for civilians. Our pull-factor is inextricably linked with their push-factor. I’m not saying we should feel guilty or culpable, just that we should be aware, because awareness collapses that entitlement we feel to a certain lifestyle because of where we were born.

The government’s best attempt to combat this myth is to make life miserable for refugees, physically and psychologically abusing even young children as they sleep in the mud in freezing temperatures (or paying the French police to). But this will not deter refugees, they have promised me that. No matter how much we spend on teargas and dogs, as long as Calais is on the UK border, refugees will continue to come.

So while I’m somewhat futilely distributing emergency aid to try to keep everyone alive for one more day (because that is all you can really do), and I hear that the UK has just signed another £44.5 million to be spent on walls, barbed wire, infrared and CCTV, to seal any rat-holes across the France-UK border, my heart breaks a little bit. £44.5 million is more than enough to support 10,000 refugees to live in the UK for one year, a time period in which they could integrate, become self-sufficient, and generate new economy. £44.5 million could give 10,000 real people lives worth living. Instead, it is being spent on something that won’t solve anything.

That’s what we seem to be missing: we have an actual problem on our hands. It’s a goddamn mess out here, and nothing is being done to fix it!! It honesty BOGGLES me.

We need to open our eyes, or have them opened for us. So I propose to you a trip to Calais (even a weekend), because firsthand awareness can be transformative. The NGOs make a conscious effort to educate volunteers. L’Auberge des Migrants, Utopia56, Help Refugees, Refugee Youth Service and Refugee Community Kitchen all operate on a single site, where the Refugee Infobus is also situated. Saturday is info day: you can go and ask all the questions you like and attempt to get your head around the perplexing scenario.

You are also really needed in Calais. Without volunteers, war escapees would starve and freeze on the UK’s doorstep. Refugees know that, too. You will receive touching and lifelong gratitude that you feel you in no way deserve.

And whatever your interests, between Calais and Dunkirk there’s an organisation for you. There’s Refugee Community Kitchen if you like cooking along to pumping tunes from eclectic European playlists. For the punctilious among you, sort the Help Refugees warehouse. There’s Play4Calais for the creatives/actives, the Refugee Women’s Centre or Refugee Youth Service if you like kids, and Mobile Refugee Support for techies.

Cheap accommodation: Palominos campsite (inquire at calaisvolunteers@helprefugees.org); this local youth hostel offers volunteers a discount (€17 per night); Mobile Refugee Support have their own accommodation (€15 per night: admin@mobilerefugeesupport.org); then of course, Airbnb. Search lift/accommodation shares on this Facebook group.

This is a genuinely meaningful way to spend your weekend. You’ll meet incredible people and you will never regret going.

(If you can’t go yourself, send shoes and blankets in your place.)

Back in the Headlines
[yuzo_related]