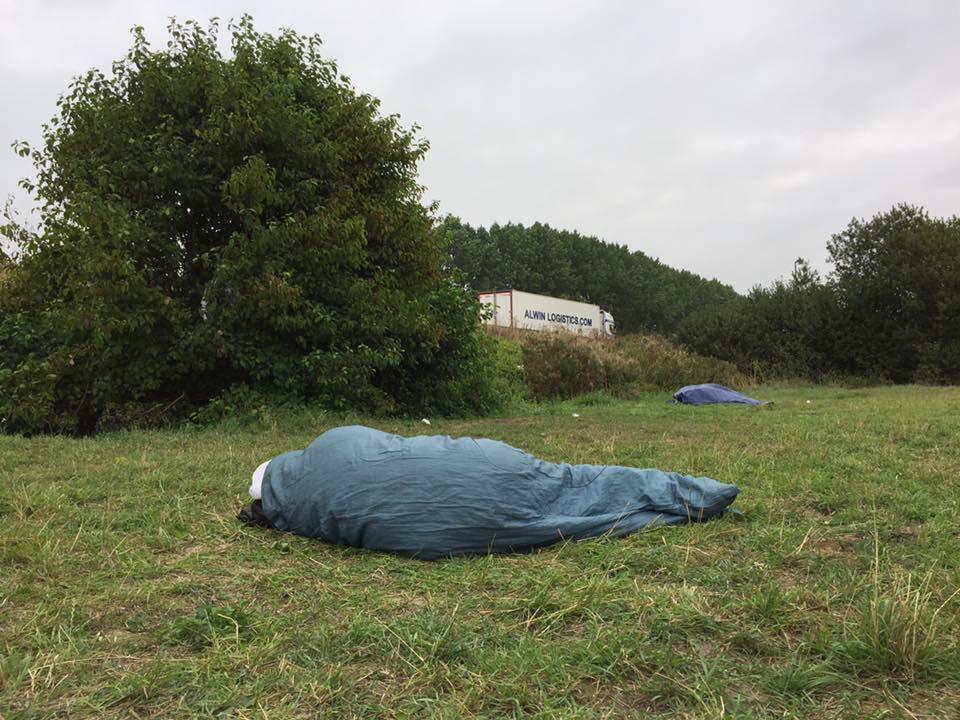 The media is failing refugees in Calais. Here is the story they should be telling.

Since the 2016 eviction, the “Jungle” has been desperately underreported, but for the people who remain trapped there, tuning out is not an option.

The “Jungle” represents the global refugee crisis at its greatest proximity to the UK, so it is disturbingly ironic that it’s invisible in our media. Most Britons are completely unaware that some thousand asylum-seekers live in worse destitution than ever before in what has become of the Calais camp.

Awareness is due. And accuracy is due, because myths shroud the portrayal of migrants in our media. Typical reporting is at best one-dimensional, and at worst, actively manipulative.

“Without media presence there is no accountability”

Contrary to popular belief, the “Jungle” did not disappear when it burned before the world’s eyes in 2016. While this made a spectacular finale to the grand press narrative, in real life, loose ends were left untied.

The “Jungle” couldn’t go away, because no solution was offered.

What is not being reported is the real humanitarian crisis. It is mass-homelessness. Adults and children camp under bridges, next to motorways, in woods and ditches. Scabies, infection and hypothermia are everyday risks. Psychological inflictions are harder to measure, but I don’t think I could wear the strain of solitude and sleep deprivation and total, terrifying insecurity for long.

After dark, squads of riot police raid encampments, taking blankets, slashing tents and regularly teargassing or beating up inhabitants. Without media presence there is no accountability.

A human rights report released earlier this year by Help Refugees and Refugee Rights Europe documents numerous abuses committed by police who exercise unmediated authority in the region. I’ve witnessed this brutality firsthand; it is cruelty without agenda.

Charities on the ground take it upon themselves to temper police aggression. Their presence is a deterrence against violence. But police are not afraid of volunteers, police can confiscate their phones and threaten to spoil their criminal records. I am not sure if they can do this officially, but they tell us that they can and we comply. Journalists have more power over police, and isn’t this what the Fourth Estate is for?

A media that demonises outsiders serves the very undemocratic purpose of enforcing hegemony and justifying abuses of power. So RIP our romantic Fourth Estate.

Media abandonment has also been detrimental to operations on the ground. Aid workers are heavily dependent upon exposure for donations, which have stagnated over the last two years. Every night, volunteers leave newcomers exposed, without tents or even sleeping bags, because they have nothing left to give. It’s a horrific and dehumanising image of a person that I don’t really have the right to perpetuate. But here’s to a donation or a follow for these groups.

“a backlash against multiculturalism has spread through Europe”

A glance at the media is especially topical with all the the heat of Brexit. Over the last few years, anti-immigration rhetoric has become increasingly prominent in our press and politics. At the same time, immigration became a hot topic for profit-oriented “fake news”, following an agenda of emotive demonisation. A Daily Express headline preceding the referendum warned of an “annual tidal wave of 228,000 non-EU migrants who use European passports to gain access to Britain”. 228,000 is the total number of EU citizens born outside the EU that are living in Britain, it is not an annual figure.

These lies are more concerning than obvious issues of “fake news”. They inflict shameful harm on the migrants of our communities, such as 15-year-old Jamal from Huddersfield, granted media attention for being horribly bullied.

In recent years, a backlash against multiculturalism has spread through Europe. It manifests in the rise of nationalism, anti-immigrant and islamophobic sentiment, and the protectionism of new-age populists. The refugee crisis has been the bullseye, targeted for a range of issues, from rising crime to unemployment to struggling welfare systems to terrorism, beyond the basis of fact. As a result, values that have formed the fabric of modern constitutions – values like cultural and economic diversity – are crumbling.

I think it’s important to challenge false narratives not only because of their harm to immigrant populations, but also to our own. The stigmatisation of refugees is damaging to our social fabric. Scaremongering polarises us. We have become detached from the subjects of our debate, whom we dehumanise and reduce to partisan altercation.

We need to step back and remember the nuance, the human. Where are the stories about husbands and mothers and sons and sisters with music tastes and senses of humour and resilience and dreams? People just like “us”, who need our support.

This would not be as miserable as the story I have told.

The real stories are about defiant displays of dignity, irrepressible senses of humour, and resilient love and kindness. Men and women in Calais and Dunkirk endure dehumanising conditions with resolute composure.

They are more than their environment. We lose this even in the sympathetic media, which put bleak scenes of displacement on our screens. Perhaps I’m guilty of it myself: the paternalistic, victimising portrayals of refugees that are the most common counterbalance to xenophobia.

The mic should be given to the the people that are silenced by our bureaucracy, and whose stories are frequently contorted for political ends. For now, this is my part – ‘in solidarity, in defiance’.