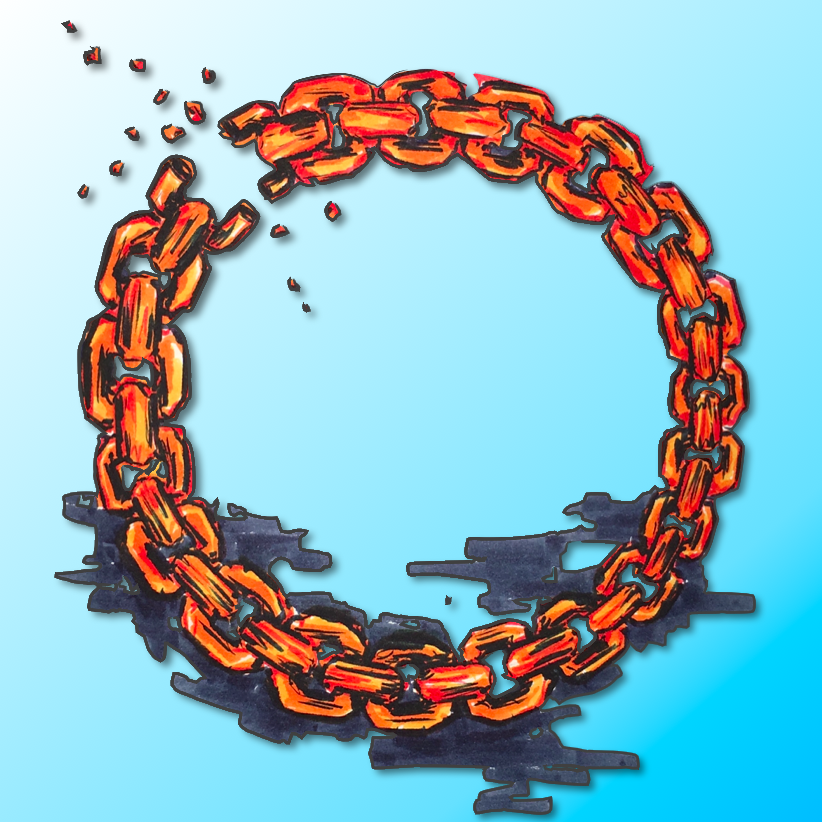 Where unspecified, data is taken from this 2019 House of Commons Briefing Paper and the Prison Reform Trust’s 2019 Summer Briefing.

I’m at home, I’m working, I’m keeping touch with everybody. All the normal things. Just walking the walk. And so I’m living a life without crime.

I realise now, we’ve all got the power to live a good life. In the past I felt helpless, I felt like I had no choice. But now I see we all have choices. That’s one of the biggest things I’ve learned.

To long-termers inside, my message is ‘don’t give up’. There are people out there that want to help, that want to see you succeed. They can’t change you, only you can change yourself. But they know that and they’re willing to give you a lot of support.

Britain has the highest incarceration rate in Western Europe and locks up people at twice the rate of Germany.

The UK’s prison population has doubled in the last 25 years, but according to the National Audit Office, this has no link to crime levels.

Prison should be designed for release because nearly everyone in prison will be released at some point. But almost half of people released reoffend within a year. It seems custodial sentences often fail to reform and/or rehabilitate. This costs taxpayers about £15 billion per year (one place in a British prison costs just over £40,000) and traps those whose sentences have been served in the margins of society.

In the wake of yet another tragic terror attack committed by a former convict, Britain is forced to urgently examine the conditions in its prisons— what works and what doesn’t when it comes to reform. As part of this conversation, People Who Do Things spoke to prison veteran Tommy (alias), who recently served his longest sentence of 14 years.

Tommy has struggled to break free from the clutches of crime. And while he isn’t coy about his own culpability, his turbulent experiences call on the whole of society – and not just the criminal justice system – to support people who are trying to put prison behind them.

It was about changing habits I suppose – old habits for new habits, and it took years.

By the prison system’s own assessment, it is has been dealt too many prisoners and too little funding to keep facilities humane and secure.

In May last year, a Dutch judge actually blocked the extradition of a British drug smuggler because British jails were in such dire conditions that this would constitute a human rights breach.

They tend to be very negative places, prisons. It poisons your mindset. If you feel like you’re being treated unjustly, if you’re constantly being looked down on, your first thought is to fight fire with fire. You try to kick against the system. You can’t win, but you’ve locked horns. It’s very difficult to change for the better in that environment.

So what are prisons doing right? In Tommy’s eyes, there are two things.

Firstly, education and reform programmes. Where implemented, prisons education can significantly reduce reoffending: the one-year reoffending rate is 34% for prisoner learners, compared to 43% for people who don’t engage in any form of education.

I took part in quite a few offending behaviour courses – at the end I could practically run them. They helped me discipline myself in growing new habits and staying positive, rather than feeling let down and sinking into a spiral. I still practice today. I’m always looking inwards and regulating myself. If I find myself thinking negatively, I say: ‘Come on Tommy, you know what’s going on here, you know where it goes.’ I won’t follow my old habits.

Like many long-term prisoners coming to the end of their sentence, Tommy was eventually moved into open conditions.

I was working in open conditions for three years before I was released. I worked as a driver for all those years. I tell you what, it made all the difference. The adjustment coming out can be terrifying, but because I was used to being out and I was used to working, that made it a lot easier.

Prisoners living in open conditions are trusted with minimal supervision and may be allowed to take up employment during the day. These allow prisoners to lay a stable groundwork for life after release, and are statistically shown to drive down reoffending.

But a sentence isn’t over when its server leaves prison. Many people suffer from isolation on release, old relationships corroded by their time inside, and new relationships hindered by the stigma of a sentence.

I kept thinking I’m not part of society. I didn’t want to stay in crime, but it was all I knew. And there was no help from anywhere else. There was no mentor, no one saying, ‘look at me, this is how I did it’. The only people I had around me were in the criminal world.

Employment is key to breaking the cycle of reoffending, but criminal records can be a barrier to this. Only around a quarter of prisoners enter employment after release. For women, the situation is three times worse. Those without strong personal support systems are left to go it alone: approximately one in seven people leave prison homeless.

While 50% of employers would “not consider” hiring  former offender, others, great and small, are combatting alienation— from Virgin Trains to Made of Dough.

To prospective employers, what I’d like to say is ‘listen’. If somebody has come to you for a job, it’s because they’re making the effort to change their life and become normal members of society. You’ve got to look at them through that lens, and not just as an ex-criminal. What that person is doing and trying to achieve is exactly the same as you.

Many times over, Tommy has failed to escape the cycle of reoffending. But he insists this time is different thanks to a charity called the Hardman Trust. While in prison, he applied for one of their awards, earning sponsorship for Heavy Goods Vehicle (HGV) training that has helped him to find work as a driver. Since Tommy’s release, The Hardman Trust has funded further ADR training, enabling him to move up in his field.

For me, this was a crucial part of my change. I was able to use this money for my future, to train up and start earning a legal living, rather than relying on crime. It marked the transition from thinking about and planning my future, to actually doing it.

The Hardman Trust helps long-sentence prisoners who show a determination to turn their life around. The focus is on finding employment, tapping into an overlooked wealth of economic potential, while consolidating the process of reform which custodial sentences are designed for.

What I liked about the Hardman Trust, was that they got personally involved. They sent someone to listen to my story face-to-face. That meant something. It made me more determined to succeed if I was given this reward.

“I can’t forget what the Hardman has done for us. Its real, its tangible. I’ll be forever grateful.”

Jonny is now driving tankers full-time while looking for higher-paid ADR work. He still lives with the woman who married him 13 years ago in a prison chapel.