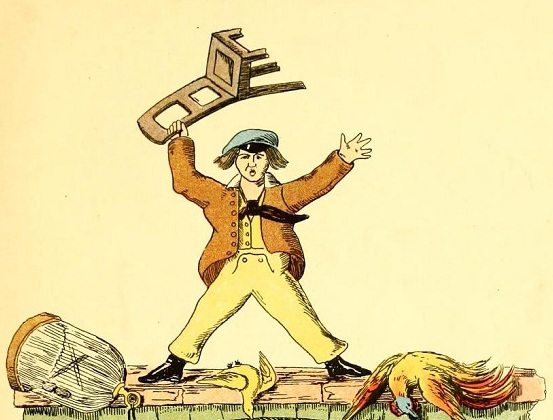 I have no idea how to parent. I once dipped into one of those parenting guides and quickly extricated myself – anyone who claims to have the magic formula for bringing up children, simply doesn’t understand human beings. Also, life is too short. My shelf of books waiting to be read is always full – I can’t waste my time on the ramblings of Supernanny, or Gina Whatshername. My approach to parenting is just to keep trying/trying not to fail – one day something works, the next day it doesn’t – it’s a glorious minefield.

But the things that almost always work are stories (provided a tantrum hasn’t gone so far down the line, and things have been ramped so high that there’s nothing left to do but dig deep into those patience reserves). Bedtime stories; stories to explain the importance of telling the truth; to explain why the cat has gone to the vet (potentially for the last time); stories to give an understanding of who their great grandparents were; stories to remind them that they aren’t alone.

The ability to tell stories is intrinsic in all human beings. They are the way in which we make sense of the world. People were telling stories before they were able to write: the Icelandic Sagas; Beowulf; the Bible; letter writing; Shakespeare; Dickens; news reports; EastEnders; comics; The Godfather – stories are in everything that we consume, in the way we communicate, in the way we keep the past alive. We share stories in our phone calls, discussions down the pub, chats over lunch. Stories like when I was eight, and decided to mix things up by downing the remainder of a bottle of wine from the fridge; when my mate Lawrence took the wrong door to the hammam in a hotel spa and ended up naked in the reception; or when my mate’s mate was dog sitting – and the dog died, so she packed it in a suitcase (to inconspicuously carry it to the vet), and then lost the case to a mugger on the tube. Stories are what we did yesterday, they are part of the fabric of our history, they are the old wives tales and the urban legends.

Anyway, the other day, I was thinking about what my favourite bedtime stories were as a child and a memory came to mind that I’d long forgotten…

It starts with my Dad.

So that you can picture him: he’s Italian – short, and for the whole time I’ve known him, he has been bald on the top of his head, with this kind of monk-style, semicircle of hair round the sides. When I was in primary school, he let me put raw onion on the bald part of his head because I’d heard it encourages hair growth. Turns out that’s an old wives tale – cute he humoured me though.

My Dad used to have a tiny café on Museum Street, back when the British Library was part of the British Museum. It was this adorable little place where he would showcase artists’ paintings on the walls; across the wooden floorboards he stacked crockery from his hometown on the Amalfi Coast that people could buy. The place was all inspired by the lemons and deep hues of greens and blues that you now see in Dolce and Gabbana campaigns. Through his little café, he became friends with artists like Howard Hodgkin; university professors would drink a glass of Sangiovese and eat homemade ciabatta sandwiches, bursting with grilled vegetables and salumi. This was a time before Nero and Starbucks – when we Brits struggled to grasp the concept that cappuccino is supposed to be served warm, not hot.

One evening, Dad came home from work with a book he’d been given by a professor at UCL. He would have arrived after my mum had no doubt been telling my brothers and I to: wait till our father got home. He negotiated his way across toys strewn wall-to-wall in our tiny flat. After he finally cottoned on that my youngest brother was only asking for more water so he could hold it in his mouth and spray it at us from his cot, and once we were finally calm and cosy in our beds – he proudly produced this merry set of tales: Struwwelpeter, an 1845 collection of cautionary classics by Heinrich Hoffman.

I should probably explain that my Dad’s English is pretty off the wall. You need a dictionary to decipher it. It’s a hybrid of language picked up from when he first moved here and started working as a pub cleaner, then running clubs in Soho (back when they were called discothèques), dabbling in photography and hanging out in casinos. His speaking voice is still firmly rooted in his Italian accent – to understand him is to know that half his words are simply made up in his own version of Italo-English.

Perhaps it was because he had been given this little anthology of tales by an erudite professor that the cover of Struwwelpeter didn’t seem to ring any alarm bells for him. There’s not much that’s cute about this bizarre image of a crying boy on the front cover (this chap is Struwwelpeter btw – or Shock-headed Peter for us English speakers. He looks like he does because he’s refused to cut his hair and fingernails, obvs). Or perhaps he took the book at face value – in its ironic declaration of itself as a collection of “Merry Stories and Funny Pictures”.

So my Dad set off, on his jolly way through this compendium of macabre Victorian kids stories – giving little thought to the words, mainly relieved to have got to the other side of each of them. We sat listening to him, our ears trying to decode his variations of the words, our eyes wide at the melancholic illustrations. It wasn’t until he reached The Dreadful Story of Harriet and the Matches – that he scanned an image of poor Harriet, who didn’t take heed of her cats’ warnings about playing with fire, and ends up burned to cinders, a little pile of smoking ash – and my Dad did that thing that grown-ups do when they pretend to change the subject for some boring reason…

…But my appetite had been whet. Once we were left to have a ‘good’ night’s sleep, and with the aid of the setting sun through our bedroom curtains, I flicked through the pictures of Cruel Fredrick – a guy who tore the wings off flies and killed birds, who gets his comeuppance from a nasty dog bite; and The Story of Augustus who would not have any soup. Augustus starts his story a chubby fellow, but ends it waif-like and subsequently dead; buried with a bowl of soup set against his gravestone as a reminder to all boys and girls of the perils of not eating. And the one that filled me with the most horror: The Story of Little Suck-a-Thumb (aka Conrad), who disobeys his mother’s warning to quit sucking his thumb. A demonic, “great tall tailor” rampages through his house with giant scissors and chops off Conrad’s thumbs. That’s that, then.

Oof – those Victorian kids had it pretty rough. Bedtime packed a punch back then. But I guess kids stories have just evolved into more diluted versions of their Victorian ancestors. There’s always a moral in there somewhere. Roald Dahl stories are overflowing with kids (and grown-ups) who don’t listen or behave, who are greedy or lazy and who need to be taught a good lesson. (Perhaps Augustus Gloop was in some way inspired by Augustus who would not have any soup…) The Gruffalo – a mighty tale of brains over brawn – sets little reminders that if you aren’t careful, you could be turned into someone else’s lunch or dinner.

I’m not sure where this story is going… but if, like me, you have no idea how to ‘parent’ and you’re now thinking of telling your children Victorian tales, to terrify them into obedience – I’d caution against this as an effective method. Not because I was scarred by my Italian-a-fied rendition of the morbid stories of Struwwelpeter and his friends. But because I can vouch that they do not work. I’m a thirty-two year old thumb sucker – a Freudian field day – even the demonic tailor wasn’t enough to deter me.

THE HARE – a Swahili tale

The Story of History
[yuzo_related]