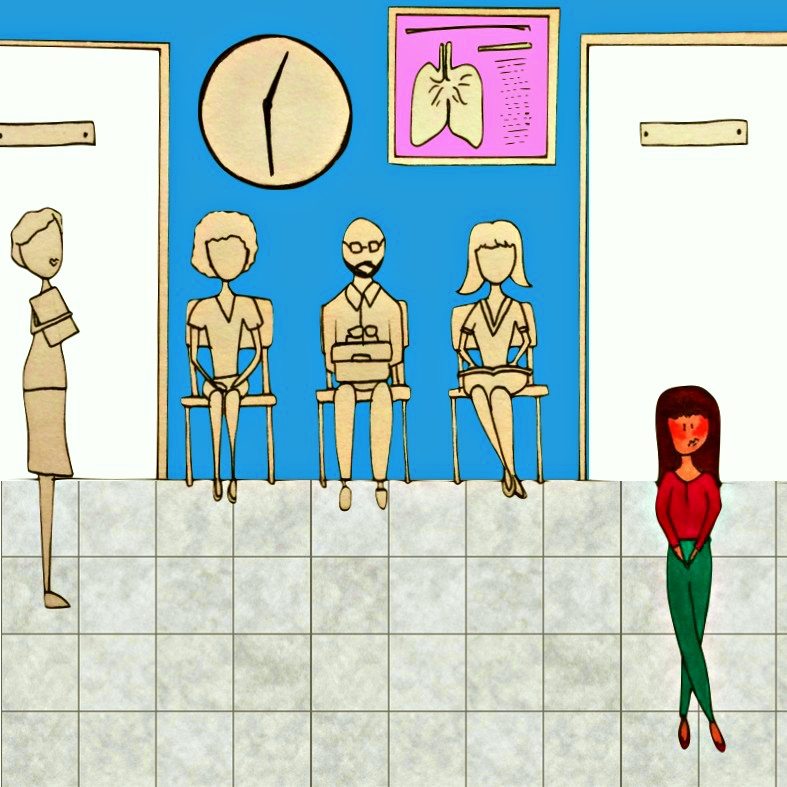 Tampons, hospital and the smear

I started using tampons about six months ago. Quite late to the game, I had struggled with them for years until suddenly I woke up to their simplicity. Less bulky than their sanitary towel counterparts, I was shocked by their ease. I was a tampon convert and proud. Interchangeably using applicator and non-applicator, I was jazzing up my life in a completely new way. I laughed at my former self; “tampons are fabulous”, I would shout from the rafters.

Until, as the title suggests, I encountered a wholly novel problem. It was a drizzly morning in March; I had the day off and was taking it very leisurely. Rolling out of bed at 11, I swanned around in my pyjamas, carefree and lazy. Tea, toast and copious episodes of some Armageddon-inspired Netflix malarkey later I remembered I’m on my period. Oops. Deciding to opt for an applicator, I went through the simple routine as always. But as I went to detach the tampon from the applicator, I realised something was wrong. Somehow, it had broken in two. Half of the “straightforward” plastic applicator was clenched between my thumb and forefinger, the other was nowhere to be seen. This was quite comical, I thought, I bet this happened to everyone. Classic me, such a novice.

Surprisingly calmly I pulled out the tampon, assuming that all would be fine. The tampon came out with ease, the top part of the applicator did not.

A series of progressively bizarre poses later, I realised that this applicator was very much stuck and I called my GP. The advice was prompt but firm, go directly to A&E. A dramatic turn, since I only actually qualified for the ‘A’, but at this point I was ignorant and images of surgery and disease were darting viciously around my head.

Despite being infamously accident-prone, I haven’t spent much time in A&E. The unnecessarily luminous rooms and vacant stares of those waiting give me chills, so I tend to avoid. But go I did and, after a lonesome uber ride, I presented myself to the emergency room. A quick consultation and an almost inaudible choke of laughter later, I tottered back to wait for a doctor.

After 2 and a half hours a doctor came to rescue me, I followed her to a makeshift room cordoned off with blue paper curtains and explained the “situation”. Both friendly and professional the doctor dispelled my illogical fears of embarrassment with soothing reassurance. But the trial* was not over.

Not only was I a tampon novice but I had yet to go for a smear test. This is bad; smear tests are an uncomfortable but necessary part of being a woman. Being aware of your body is great but some things are indiscernible without the use of a speculum (spec to those in the know). So, when the doctor emerged with this plastic contraption (spec) I was wholly unprepared. I was tense already, but when the apparatus materialised I clenched in all the wrong places. Ouch.

I assumed the position. (This involved lying on my back, feet together, knees wide apart and fists underneath the fleshy part of your bum – awkward). She went in, and after a few attempts she pulled out with a grimace. “I’m afraid it’s not working”. These are not comforting words. The doctor left to gather reinforcements and alone in my curtain-covered nightmare, my mind ran wild with possibilities.

But, thankfully, those nightmares did not come true. Another doctor returned, and the process was over in a second. HURRAH! I practically skipped out of that room. Although tender, my vagina was back to being free of any plastic intruders. The world was once again my oyster and I could embark on discovering new, less “plastic” ways of controlling the crimson wave, Japanese flag, Aunty Flow. See Dame or Ohne.

I think I was particularly nervous because I’ve never experienced anything invasive before, never been for a smear test. But actually, whilst not the most fun experience, it really wasn’t that big of a deal. I may be steering clear of tampons for a while (maybe I’ll take Charlotte’s advice), but I would urge everyone to go out and get your smear test. Applicable for those sexually active or over 20 years old, a smear test detects cancerous cells down in your cervix. I was nervous about the procedure for years and it took one trip to the A&E to make me realise how essential it is. The test is not painful, and once you get over the semi-awkwardness of it all, it becomes routine – just like tampons, sanitary towels, moon-cups. And it only takes 3 minutes!

There was a spike in smear tests after Jade Goody, but currently the tests are at an all time low. Cervical cancer is 100% preventable and yet it affects 1 in 135 women every year. It can be uncomfortable and seem alien, but the benefits largely outweigh the slight discomfort. Just don’t have one when you’re on your period (and wait a week after too).

*Melodramatic I know, but my poor vagina was hurting!

One Girl, One Cup
[yuzo_related]