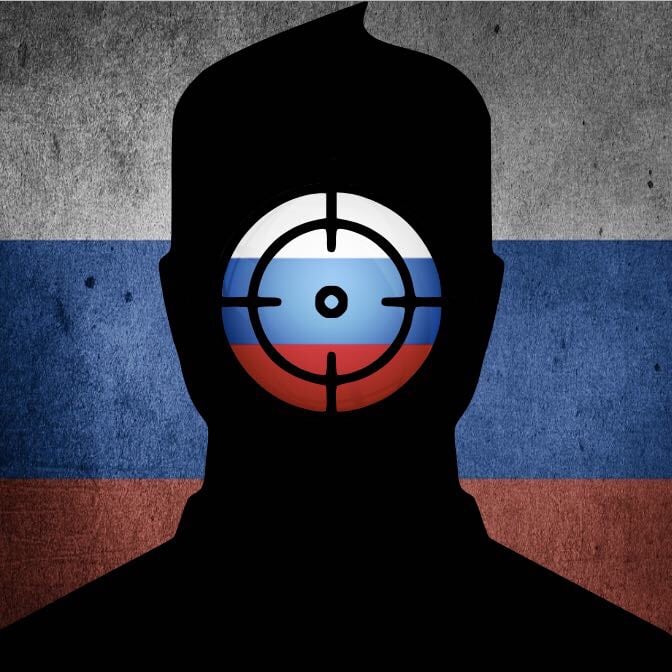 The Distortion of Russia

It is undeniable. Russia is everywhere. At the forefront of every news outlet. In the comments of Facebook rants. In the whisperings of the intellectuals and the bawdy tones of the brash. It’s hard to escape the damming headlines of the Sun and the Metro, all tarred with the same negative tone. From the wars in Chechnya to the annexation of Ukraine, Russia has been portrayed (by the West) as one of the bad apples of the world (coming in at close second to North Korea). It’s no wonder we have such a skewed perception of Russia.

The Russian Federation is known as a ‘managed democracy’; an oxymoron of sorts but still, technically, a democracy. The principles of democracy are enshrined by a rule of law – this protects the rights of citizens, maintains order, and limits the power of government. Under this, no one may be discriminated against on the basis of their race, religion, ethnic group, or gender. And yet, in Russia, numerous infringements on freedom of the press, freedom of speech, and freedom of expression call into question the legitimacy of the label ‘democracy’.

Since the 2000’s, Putin’s reign has been perpetuated by ceaseless violence, both domestic and foreign, resulting in a fractured society and a wary West. It has become an almost automatic reaction of the West to blame Russia for each wrongdoing and fault it stumbles across. Cries of ‘Putin did it’ and ‘Russia’s to blame’ ring throughout our media as if on a loop. Throughout this century, Russia has been the ‘big baddie’ in the East, under lawless government and tyrannical rule. Or so the West claims.

I am a Westerner. I have lived my entire life in the UK, and am by no means blind to Russia’s wrongdoings. The Kremlin is stagnated with repulsive policies that limit human freedoms and enabling the horrific. For instance, criminalising LGBT propaganda in the federal law “for the Purpose of Protecting Children from Information Advocating for a Denial of Traditional Family Values”, while decriminalising domestic abuse, to ‘preserve tradition of parental authority’. But, since it’s emergence from Communism, Russia has been selected as the world’s scapegoat – the “whipping boy” to America et al.’s shortcomings. Just as Chechnya has always been Russia’s scapegoat, Russia is the West’s.

With a long history of mutual retaliation, and none the wiser on who began this Mexican standoff, Russo-Anglo relations have recently hit a severe low, and this is evident in the British media’s portrayal of Russia. The recent chemical attack against Sergei Skripal on British soil has widened the Russo-Anglo rift, following a long line of clandestine incidents, causing headlines like ‘Furious Boris gets tough with mad Vlad’, and ‘Putin’s Puppet’. The poisoning of Alexander Litvienko is possibly the most famous – think 2006, ITSU, London – but human rights activists Perepilichny and Berezovsky were both murdered in Britain in the last 7 years. We automatically assume that Russia was behind these attacks. But that is as far as our assumptions go. Who in Russia? Could it have been Putin himself, or a team behind him? Or is it entirely separate from government? The Chechen rebels or the Dagestani radicals? We assume that Russia acts as one entity, when no country has ever acted as one.

In the classic Western style, we view Russia’s actions as a response to us, and our actions. But we are affording the Kremlin too much power with this mentality. Washington Post journalist Ivan Kurilla even goes as far to say that, ‘Russian liberal critics of Putin’s regime … believe that the American media and political class have inflated Putin’s significance well beyond his actual capacity’. That giving him all this attention will both bolster his national popularity and his international reputation. Affording Putin popularity is not something the UK would have sanctioned intentionally, and yet, we have done.

Perhaps we view Russia in such a way because we’re stuck in the Cold War mentality that beguiled the West for decades, not too long ago. Will Russia forever be tarred with the injustice of Communism and cruelty of its leaders? We jump to villainise those who err from the Western norm, and yet, in many circumstances, we are just as guilty. Take, for instance, Russia’s relationship with Iran. Nuanced and complicated, their relationship was founded on oil and a history of dependency perpetuated with violence. Not so dissimilar is the UK’s relationship with Saudi Arabia, a country known for its continual infringement of human rights, and its oppressive stance on the rights of women, who are still forbidden from travelling without a male relative. There is no civil war in Saudi Arabia, but we endorse arms deals in mass quantities to them and have refused to vilify Saudi Arabia when its military coalition against Yemen has been a catalyst to the mass famine and humanitarian crisis currently occurring. Saudi Arabia is, like Iran, an un-democratic state with its roots in oil and ongoing violence. Even today, roughly eight public executions are carried out every month in Saudi Arabia’s capital. There are large differences between the two relationships, but it is worth noting that we are quick to pass judgement, when we are not so immune ourselves.

So where is the truth?

Frustratingly, as history tells us, we will never quite know the truth for certain. It lies somewhere between report and myth. History is the opinion of whomever won because they have the luxury of writing whatever they want. What we do know is that Russia emerged from Communism in 1991 with a broken economy and crushed populace. Although many were in favour of a conversion from communism, the future was uncertain with riots plaguing the country, and the leadership in crisis. Mikhail Gorbachev was in hiding in his Dacha in Crimea, and the population were desperate for a strong leader to guide them through this crisis. Who emerged, however, was neither strong nor a leader. Boris Yeltsin’s weak policies fractured the country, ignoring the south and inviting external leadership; the introduction of Wahhabism in the North Caucasus and the independence movement in Chechnya. In 1992, Yeltsin launched his ‘Shock Therapy’ economic package, which had worked in Poland the year before. Advocated by US economists and supported by the Clinton administration, it only served to alienate the leader from his people – prompting critics to name it ‘shock without therapy’ as the market crashed and inflation grew to extortionate heights. And yet, following his death in 2007, Yeltsin was propelled to extraordinary heights by American media, even being hailed as the ‘Father of Russian democracy’. Quickly forgotten was his oligarchical reign and shock economics. Leaving the party in 1999, with approval ratings in the single digits, Yeltsin was by no means a progressive or democratic leader. And yet, his flawed leadership is conveniently overlooked in comparison to the damming headlines in the West; “We’ve Vlad Enough’ and ‘Putin the Pariah’.

This barely scratches the surface, but in short, some of the blame we attribute to Putin could actually be founded in the amalgamation of years of broken down lawlessness; the tyranny of the KGB/FSB, internal struggles of Chechnya, Dagestan and the whole of north Caucasus, to name but a few. The problems of Russia today are many, but further attributing blame on the country as a whole is pointless. It’s important to be specific, rather than convoluting Russia as a single entity.

So let’s urge everyone to not be so gullible. To take each “truth” with a pinch of salt. To have perspective on a country that is so vindicated by Western press. We all know the tabloids love to spin a good story, yet we so easily fall into their trap. I’m not a conspiracist, and frankly, I don’t have time for the stories of governments masterminding plots to overhaul foreign countries, and hypnotising the public, but it is worth contemplating that not all media is always the unbiased truth.

Uncover more bias in our press: a word for the other side