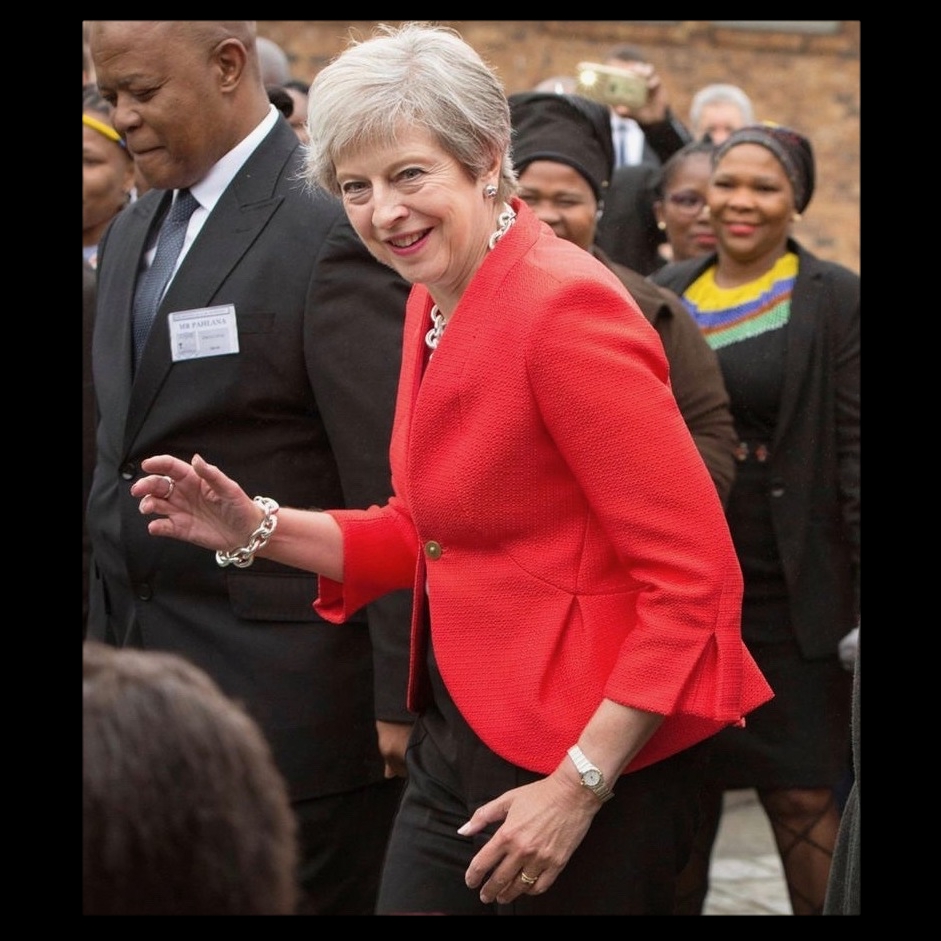 leave Brexit to the boys

Following the Salzburg Summit, it became clear that the EU and its leaders are, aside from looking to make negotiations as difficult as possible, actually behaving in a way that is personally disrespectful towards Theresa May. Undoubtedly, this stems in part from the sorry state of the negotiating process, but the point I want to make about this behaviour has nothing to do with Brexit or policy. It is more about the prejudices of the individual towards Theresa May. In short, I believe that male EU leaders are falling back on sexist bias in their treatment of the Prime Minister.

Some of the messaging coming out of the EU camp has gone beyond political manoeuvring and become almost mocking and condescending in tone. This was probably epitomised by Donald Tusk’s Instagram post depicting him and the Prime Minister stood beside a stack of cupcakes with the caption, “A piece of cake, perhaps? Sorry, no cherries”. An extraordinarily cheap and crass jibe for an international statesman to make to the head of the British Government, never mind from the President of the European Council. It suggested that he was toying with her negotiating objectives, by publicly savaging the Prime Minister’s approach, in what was a deliberately humiliating way.

This is just another unsubtle example of something quite nuanced that is developing in the personal relationships of the people involved on both sides of the Brexit negotiations. Namely, that EU leaders are not treating Theresa May with the respect that her position warrants because she is a woman. It is worth noting at this point who the key actors on the EU side of the negotiations are: Jean Claude Juncker, Donald Tusk, Michel Barnier, Guy Verhofstadt, Martin Selmayr, Emmanuel Macron and Angela Merkel. Seven of the eight most influential European negotiators are men. Looking beyond Angela Merkel at the political and bureaucratic players involved, there are almost no women in the wider positions of influence at the EU negotiating table. The EU is, frankly, the great political men’s club. Even the UN has a breadth of senior female ambassadors representing their nations.

So what influence does this have on the attitudes of EU leaders towards the Prime Minister? Tusk’s infamous Instagram post aside, they have taken behaviour beyond social media sniping and into personal interaction at summits and meetings. Tusk himself made the tactful observation that Theresa May had been “surprisingly tough” at negotiations in Salzburg. It is hard to imagine him finding it “surprising” that previous leaders of the world’s fifth largest economy actually asserted themselves in a debate about an issue as critical as Brexit. Something about the personal dynamics at play made Tusk believe that he would easily get the better of May and, based on the patronising assessment of her negotiating skills, it does not seem like a leap to suggest that it was her gender.

Tusk is not the only one guilty of these apparent biases. Juncker, for example, has been seen disregarding the Prime Minister’s physical boundaries on a number of occasions. Most starkly, he caused Theresa May to stutter and stumble when he grabbed her arm from behind as she was giving an interview to the gathered media at a summit in Brussels in March. Juncker also amused many viewers of the BBC’s recent documentary following the Downing Street side of negotiations when, much to the Prime Minister’s embarrassment, he put her on hold when she called to discuss the status of talks. The lack of respect in such an action is staggering and, in the context of his wider behaviour and penchant for assertive physical contact with the Prime Minister, I don’t think it is unreasonable to suggest that this may also be rooted in a gender-based power dynamic as well.

Juncker is not alone in his approach to physical contact with the Prime Minister. Admittedly, it is not massively out of the ordinary for female leaders to be greeted with a kiss on the cheek or hand. Yet there is still something galling about the sight of Michel Barnier moving along a line of dignitaries firmly shaking hands and clasping shoulders before he reaches Theresa May and affectingly lifts her hand delicately to his lips as if he was holding a butterfly. The message seems to be that everyone before is an equal whereas you are someone who needs their hand holding as you navigate the difficult world of grown up, big boy politics.

I might be wrong about all this and it may be the case that EU leaders are simply trying to demean and undermine the Prime Minister because of Brexit itself. It is certainly the case that they would look to score cheap points during negotiations whoever was in charge of the UK.  But there are two things that make me think that this goes into far more unsavoury territory. Firstly, it is the nature of the point scoring that hints at more sexist undertones. As I said at the outset, behaviour has gone beyond a diplomatic attempt to frustrate Brexit negotiations to the EU’s benefit and has become personally disrespectful. The language is condescending (oh I was so surprised that she was actually competent) and the physical messages are clearly ones of dominance and assertiveness. Secondly, it is the gender arithmetic of the EU. This is an organisation that is accustomed to having men dominate its top table. This reality reinforces and legitimises preferential treatment towards men and normalises condescension towards women. Angela Merkel has done a spectacular job countering this but it still seems to be festering in many parts of Brussels.

Whatever your views on her management of Brexit (and there are certainly many of those) it seems fair to say that on a purely personal level, the Prime Minister has conducted herself with dignity and treated her EU counterparts with respect throughout negotiations. She was right to stand up in Downing Street and make it clear, with controlled anger, that she expects the same treatment in return. Brexit is difficult enough as it is without there being petty psychological power plays between the people involved. It would do the tone of negotiations a lot of good if EU leaders removed toxic identity politics from their approach and began treating the Prime Minister with the respect her position deserves.

Girl Up has an upcoming Leadership Summit in London (27th Oct), offering girls aged 13-22 leadership training and skills-based workshops. They are a fantastic organisation who partner with the UN to promote gender equality and young leadership in developing countries.

Lend your skills to the Frida Fund – all about empowering young feminists and pushing past inequalities together. Frida has ongoing recruitment for volunteers for event planning, web design, translation, and more.

Plan International offers easy ways to get involved in advocating for gender equality: plan a ‘Do Good’ dinner, sign the ‘Because I am a Girl’ petition, or donate to their ‘Girl Fund’.

Read more: ‘Women Behind the Camera’