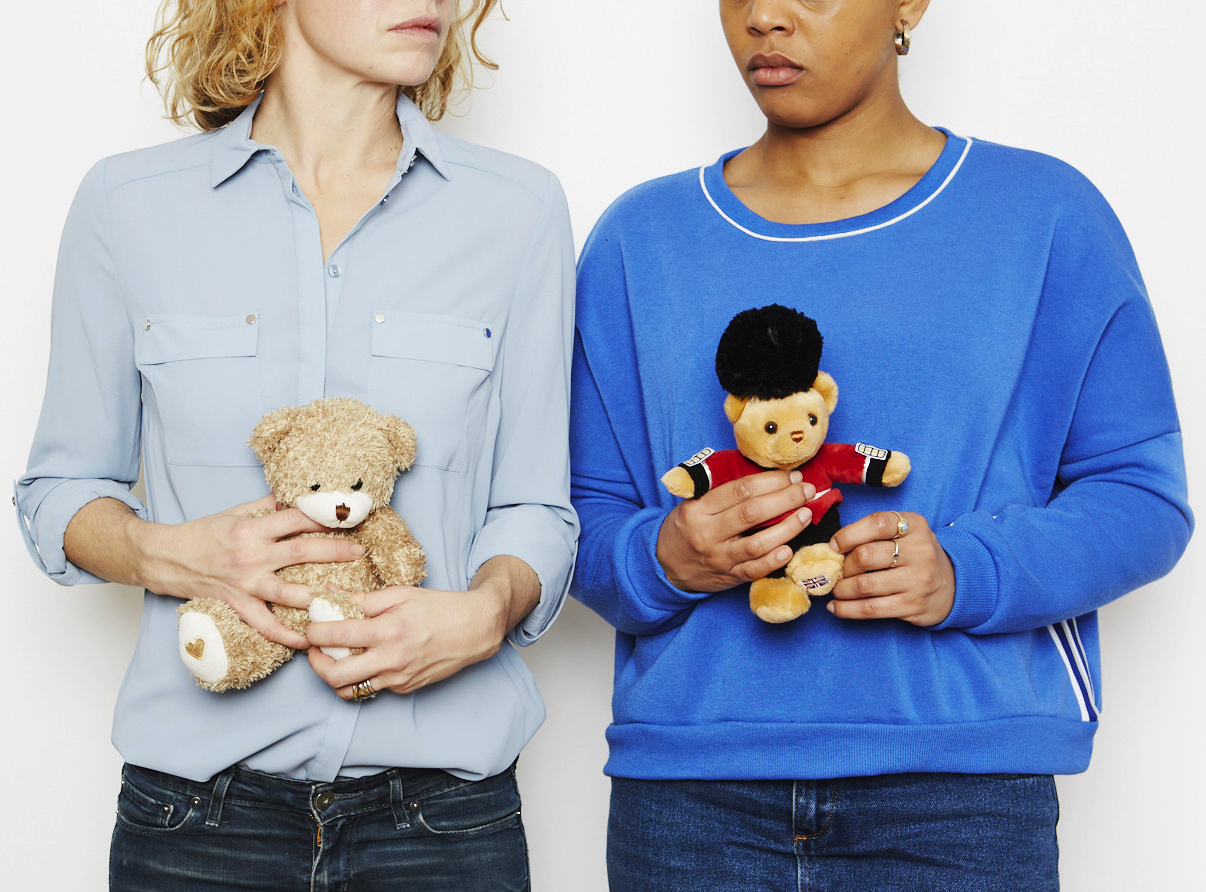 None of us can resist moral outrage…

Indignant reaction to someone else’s disaster is like a drug that lets us point a finger from our temporary, unadulterated pedestals. All of our voices, in little glass echo chambers. Our anger reverberates through the Twittersphere, around the kitchen table, fired at the TV during Questiontime

And what can provoke more widespread outrage, than the image of a dead baby?

So when we meet Frankie and Sarah, it’s uncomfortable. Frankie’s not sure why she’s here and Sarah is pretending to be very busy. The women recognise each other because they’ve both been through something big. They don’t know each other, but they feel as though they should.

At the play’s opening, there’s the feeling that we are all linked by something common but strange. The characters’ awkwardness, and the sense of really not wanting to be here is palpable. Sarah is manic, neurotic and rude. Frankie, is lost. There is a horrible elephant in the room.

Sarah has incensed people. She’s infamous for the unthinkable – for allowing her child to die.

Frankie was also there on the day Sarah’s baby died. Subsequently, neither woman can resist the curiosity to stand in the other’s shoes. As Frankie’s visits continue, Sarah’s lured out of herself by Frankie’s spontaneity. And Frankie is attracted by Sarah’s insouciance to the world. The ease with which Sarah is seemingly able to throw out anxiety for rash, reckless hedonism.

But Sarah is wrapped up in her grief. That lonesome, introspective, all-consuming grief that drives us to seek out physical pain. All in a bid to feel something, anything that comes close to the pain she already feels. The hate mail, the people who recognise her and shout or spit at her in the street, the physical abuse. Nothing touches the surface of the hurt that’s already there. Frankie is similarly trying to feel through her loneliness. But Frankie does this by giving her body to other people to use. Actors Ellie Piercy and Bianca Stephens steer the narrative along its analysis of that stark line between introspection and egotism. The ‘self-centred’ elements of grief.

Part of what makes really good writing, is that ability to take an audience to a place they’d rather not be, showing them that the people who inhabit it are not so different from themselves. Holly Robinson’s writing does this emphatically. As we learn more about the women, the more we learn to understand. Frankie is a damaged, needy angel of kindness. Sarah becomes a reluctant parent figure to a stranger adrift. We are witness to their parallel world of seclusion – this limbo from the consequences of their problems.

soft animals is about how none of us are immune to becoming the target to others’ moral outrage, or the target of mental ill health. It’s about how life’s tragedies don’t exist in a space of their own – they happen amongst the most ordinary of affairs. That day, is just any old day.

Ultimately, this is a play about companionship. Ellie Piercy and Bianca Stephens are onstage from start to finish – energetically and sensitively negotiating their way through the power of human friendship. A friendship that takes both women from the depths of their own pain, up towards the light of optimism.

soft animals is on until 2nd March at Soho Theatre. Catch it if you can.

ear for an eye
[yuzo_related]